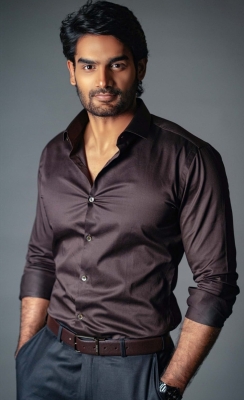 The announcement was made to mark the birthday of the film’s lead actor Kartikeya.

Ravindra Benerjee Muppaneni (Benny), the producer of National Award winning Telugu film ‘Colour Photo’, is producing this movie, which is being presented by Yuvaraju of Loukya Entertainments Production.

Speaking on the occasion, Benny Muppaneni said: “Happy Birthday to our hero Kartikeya.We’re happy to announce the title on his birthday.We’re even planning to release the first look soon.

“Our film is a comedy drama with a Godavari backdrop.We finished the third schedule recently.The film has been shot in the amazing locations of Yanam, Kakinada, and Godavari.

“Now, we are on to the last schedule of the movie and will wrap it up soon.Melody king Manisharma has scored five extraordinary songs for the film.”

Director Clax said: “It’s a Dramedy genre movie.You’ll witness a new performer in Kartikeya in this film.We took a village as the base of the story and filled it with out-and-out fun and emotions.

It has strong content and hilarious comedy too.Kartikeya will be seen in the role of a free-spirited person.The story is about whether his character compromises because of societal pressure.”