Hyderabad 5th August : Three days after announcement of his resignation from the Congress party MLA KomatiReddy Rajagopal Reddy said he will join the Bharatiya Janata Party (BJP) on the 21st of August.He declared that he would officially join the Saffron Party in the presence of Union Home Minister Amit Shah at a gathering in Telangana. 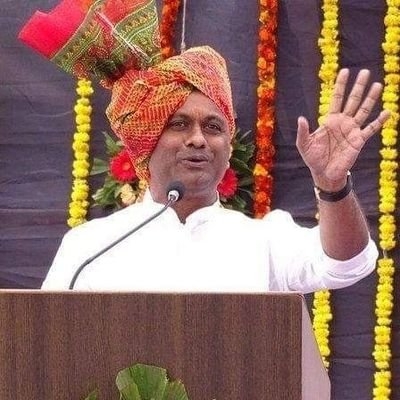 Rajagopal Reddy made the announcement in Delhi after a meeting with Shah.The MLA was joined by BJP’s executive member for the national level Vivek Venkatswamy.

The MLA for Munugode claimed that Amit Shah had invited him to attend the celebration and he accepted the invitation.

He stated that he would meet with Assembly Speaker Pocharam Srinivas Reddy on the 8th of August and offer his resignation to the Assembly.

He exuded confidence that citizens of Munugode will grant an order to alter the direction of the state’s politics.

Rajagopal Reddy hoped that his brother and Congress MP KomatiReddy Venkat will also make a wise decision in the future.

In announcing that a liar was appointed president of the Pradesh Congress Committee (PCC) president, Rajagopal Reddy remarked that those who are self-respectful will not remain in the party.

He has once more questioned TPCC President A.Revanth Reddy to be able to prove the allegations against him

Rajagopal Reddy had Tuesday announced his decision to step down from the ruling party and from the Assembly.

He stated that only the Prime Minister Narendra Modi and union home minister Amit Shah are able to end the anarchy of the Telangana Rashtra Samithi (TRS).

He said the decision was made for the benefit of Munugode and his people since the TRS leaders have been claiming that the voters will experience improvement only in the occasion of an election in a by-election.