Hyderabad 7 August : Telangana Governor Dr Tamilisai Soundararajan, on Sunday, visited Rajiv Gandhi University of Knowledge and Technologies (RGUKT) located in Basar town in Nirmal district and interacted with students to gain first-hand information on the challenges that they face.She visited the campus of IIIT Basar as the university is known.She also enjoyed breakfast with students. 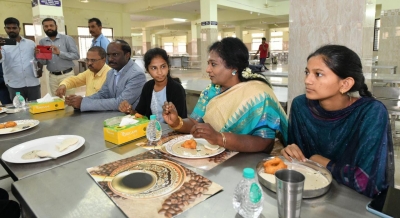 The governor went to the hostel, mess and other areas of the university and addressed students, who have complained of inadequate facilities over the last few weeks.

Students have recently protested against the problems they have faced. 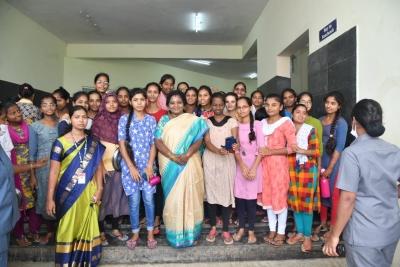 The governor promised the students that she would bring their concerns to the attention of the government , and exert pressure on authorities responsible to ensure the issues are dealt with.

The governor stated that she encountered a lot of problems but she hoped that the departments in question will resolve these issues in the time-bound way.

She said that students were looking for the basic necessities, such as a clean food, clean and hygienic clean washrooms, and hostel rooms

She said it was a shame that these issues were not solved earlier.

“The requirements of students are simple.It is normal to expect amenities in such a place.I am impressed by the determination of students.They want to be successful in the world of.They’re looking for basic amenities,” she said

She pointed out that libraries aren’t equipped to accommodate students, and they are in need of more computers.The governor noted that students haven’t been provided laptops since the year 2017.

She also held an appointment with officials and instructed them to take the necessary actions in order to upgrade the facilities available for students.

Her visit to the college was three days after an assemblage of students came to her at Raj Bhavan and brought to her attention the issues that they were facing.