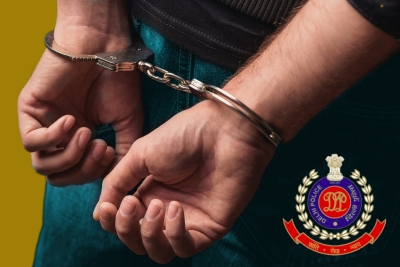 According to information, the juvenile was Apprehended on Wednesday.He was involved in one of the incidents that took place on the morning of August 15 in Hauz Khas.

“Most of his victims were women as they were easy targets for him.He committed the crimes mostly in the evening taking advantage of the dark.The juvenile was Apprehended following a tip-off.

He is a drug addict and is involved in more than one dozen robbery cases that took place in the capital.He was also found involved in thefts and snatching cases,” a source said.

The police had received a number of complaints that women were robbed of their valuables i.e purse, chain and cell phone by a person who was riding on a scooter and committed the crimes in the evenings.The incidents were reported from Lado Sarai, Malviya Nagar, Hauz Khas, Saket and Greater Kailash.The police noticed that a scooter rider was involved in all the cases.

The police finally got a tip-off about the juvenile.They examined the CCTV footage to identify him.Finally they got information that the juvenile would be coming near BRT on the same blue scooter he used while committing the crimes.A trap was laid and he was apprehended.