Mumbai, July 20 : After recently confessing that she is hungry all the time, actress Tara Sutaria has now shared a video showing her enjoying a pizza as Breakfast on set. 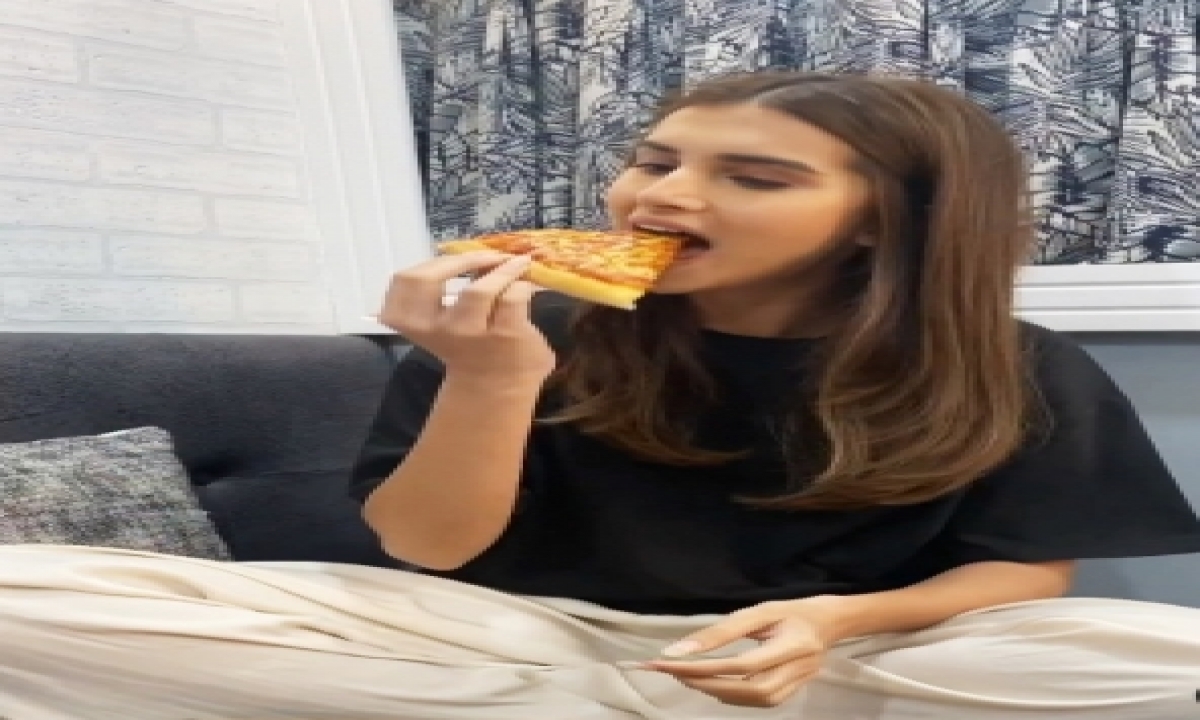 Tara posted the video on Instagram.In the clip, the actress is seen sitting on a couch dressed in a black T-shirt and white pants.

She captioned the clip: “Breakfast on set.”

Singer Armaan Malik asked Tara in the comment section if the pizza was a “cheeseburst” or not.

While Sidharth Malhotra, Riteish Deshmukh and Shraddha Kapoor featured in the 2014 film, the second installment has an all-new cast including John Abraham, Disha Patani and Arjun Kapoor.

The 25-year-old actress has her dates full as she also has two more movies lined up — “Tadap” and “Heropanti 2”.

“Tadap” is directed by Milan Luthria.The film is a remake of the Telugu hit “RX 100”.She is paired opposite Suniel Shetty’s son Ahan, who makes his Bollywood debut in the film.