Taipei 8 August : Taiwan on Tuesday was scheduled to conduct live-fire Artillery Exercise as China continues its military maneuvers all over the island.The live Artillery Exercise also known as the Tien Lei drill was announced in the last week of July, prior to the trip of US House Speaker Nancy Pelosi to Taiwan last week , which drew Beijing’s anger, according to the DPA news agency. 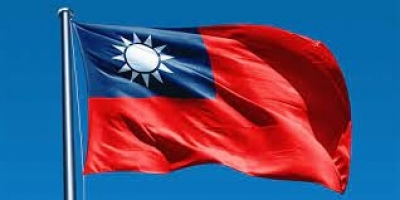 The drill was created to mimic Taiwan’s defense against an attack from China’s People’s Liberation Army.

It will take place on Tuesday and Thursday this week .It was scheduled in the context of Taiwan’s annual Han Kuang exercises, but is happening amid rising tensions.It also comes shortly after China announced it would extend large-scale exercises in the air and at sea to the north east, south-west, and north of Taiwan that were scheduled to conclude on Sunday.

There is no official end date has been set for China’s exercises, and Beijing’s Defence Ministry confirmed its combat exercises were ongoing in the vicinity of Taiwan on Tuesday.

Taiwanese television said that flares were fired in the areas of the coast during Taipei’s military exercises in Pingtung County in the south of the island, near an area earlier declared by the Chinese army for its own exercise.

Taiwan’s Foreign Ministry condemned China’s continuation of military operations and said Beijing’s actions show that it is determined to join the East and South China Seas through the Taiwan Strait and to make the entire region its internal waters.

“China’s main motive behind the military Exercise is to change the status that is in place in the Taiwan Strait and the entire region,” Taiwan’s Foreign Minister Joseph Wu told a news conference on Tuesday in Taipei.

Wu said China’s massive military drills, missile launches, and cyber-attacks are all part of Beijing’s “military plan to be ready for an attack of Taiwan”.

He claimed that they were tactics to “weaken the morale of the people” in the island.

Taiwan is an autonomous Democratic island located off the south-east coast of China It declares it an independent province and has threatened to take with force if it takes any attempt to declare its independence.

Beijing does not want to establish official contacts with Taipei and the rest of Asia.