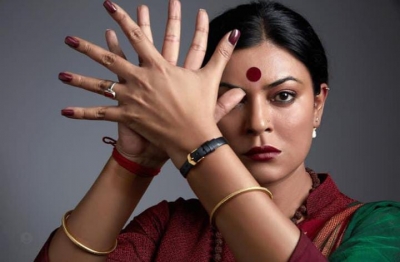 The actress unveiled the first look of the film through her Instagram.

She wrote in the caption: “Taali! (I won’t clap but will make others do so) #firstlook as #ShreegauriSawant.Nothing makes me more proud and grateful than to portray this beautiful person and bring her story to the world! Here’s to life & to everyone’s right to live it with dignity! I love you guys (sic).”

Talking about the movie, she said: “(It’s) A story of struggle, resilience, and indomitable power, that’s Shreegauri Sawant for you.Nothing makes me more proud and grateful than to bring this journey that has been rife with challenges, only to witness a revolution!”

The actress called the project ‘special’ for her: “This one is special for many reasons.This is just the beginning, stay tuned for what’s in store,” she added.

Born as Ganesh and raised in Pune, Shreegauri Sawant is a transgender activist from Mumbai.

She was one of the petitioners of the National Legal Services Authority (NALSA) which was filed in 2013, in which the Supreme Court recognised transgender as the third gender with a final verdict in 2014.