Dhaka 19 August : A long-time Australian men’s assistant Coach Sridharan Sriram, who left his position with the Kangaroos to pursue his coaching career in India recently was reportedly selected by the Bangladesh Cricket Board (BCB) to Coach the Bangladesh national team in the upcoming Asia Cup in the UAE and the ICC T20 World Cup in Australia in October.The Chennai-based Sriram was with the Australian team for six years, primarily as a spin Coach, but also playing a crucial role in the fielding, batting and game plan for the team across several campaigns. 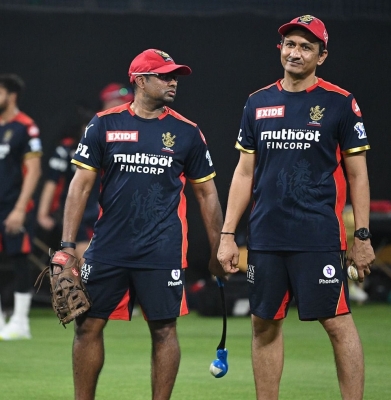 “Yes we have selected Sriram up to the World Cup,” a BCB director said to The Daily Star on condition of confidentiality regarding Sriram, who was a former India cricketer.

“As we continue to move forward with new perspectives the new Coach will be in the picture starting from the Asia Cup onwards.

In addition, since the T20 World Cup is our primary goal, he (a new coach) won’t have enough time to get used to the new system in the event that he is not a part of the Asia Cup.Many will claim that there isn’t much left to be done for the Asia Cup.But, as I’ve said the main focus of ours is on the T20 World Cup,” the BCB official was quoted as saying in the report.

The report also stated the BCB president Nazmul Hassan-Papon has hinted on Thursday about taking “drastic adjustments” in order to boost Bangladesh’s performances in the two major events.

The news implies that the that the new Coach, Russell Domingo of South Africa who is also in Dhaka and will concentrate on red-ball cricket.

“Domingo will continue to play the role in leading the team for the Test match at present, since we prepare for an upcoming Test match against India in November.” the BCB director was quoted as declaring.

Sriram has played in eight ODI matches with the India national team between 2000 until 2004 when he played his final international match in Bangladesh in 2004 in Dhaka.

Sriram is in the coaching team of IPL team Royal Challengers Bangalore.