Washington, Dec 1 : Jerome Powell, Chairman of the US Federal Reserve, said the central bank could pull back on the pace of its aggressive rate hikes as soon as December. 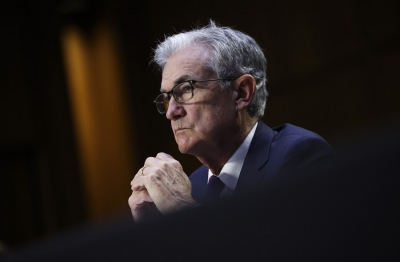 “The time for moderating the pace of rate increases may come as soon as the December meeting,” CNN quoted Powell as saying at the Hutchins Center on Fiscal and Monetary Policy, his last public appearance before the central bank enters a blackout period ahead of its December 13-14 policymaking meeting.

“Despite some promising developments, we have a long way to go,” Powell said, noting that the Fed has “not seen clear progress” on decades-high inflation plaguing the economy.

Investors have been closely watching for any indication that the Fed might slow or even pause its punishing schedule of rate hikes, the much-talked about pivot that would release the brakes the central bank slammed on the economy.

But Fed officials have ramped up their rhetoric in recent weeks to disseminate the message that there’s much more work to do, and will forge ahead with rate increases, albeit smaller, until the current bout of decades-high inflation shows signs of abating, reports CNN.

St.Louis Federal Reserve President James Bullard warned this week athat the stock market is underpricing the risk of a continually aggressive Fed, and New York Federal Reserve President John Williams told the Economic Club of New York on Monday that inflation remains the “No.1 economic concern across the globe”, citing underlying inflation in the service sector as “the most challenging” aspect of the battle.