Hyderabad, Aug 1 : It was time for celebrations at the residence of India’s star shuttler P.V.Sindu on Sunday as she clinched the bronze medal at the Tokyo Olympics. 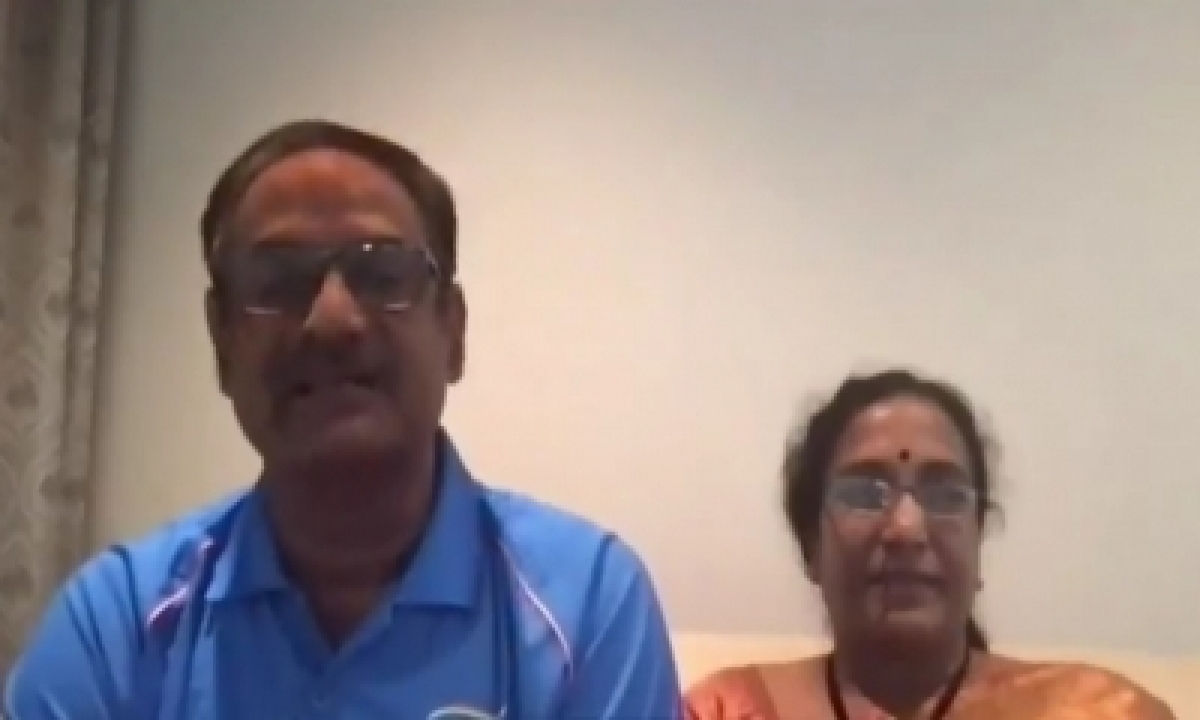 Her parents were Overjoyed as soon as she defeated China’s Bing Jiao 21-13, 21-15 to bag the bronze and create history by becoming the first Indian woman athlete to win two Olympic medals.

P.V.Ramana and P.Vijaya said they were Proud at their daughter’s achievement.

“We are very happy that she won a medal for the country.She is the first (Indian) woman to win two consecutive Olympic medals.

No doubt, it is bronze and silver but that way, at least, she brought some name and fame to the country,” Ramana said.

Sindhu had won silver at Rio Olympics in 2016 after losing to Spain’s Carolina Marin in the final.

Ramana and Vijaya, both former volleyball players, were elated that Sindhu came back to win the bronze after the heartbreaking loss in the semi-final against Tai Tzu of Chinese Taipei on Saturday.

Sindhu’s father revealed that she had tears in her eyes after the loss in the semi-final.He said it was good that she recovered and came back to win the medal.

“Yesterday, I told her you have given your best, forget what has happened.Now concentrate on the next match and just think that you are giving me a gift and play on the court.I am happy she has done it,” he said.

“Playing third and fourth match is very painful.Yesterday, I motivated her a lot.Thank god, with the blessings of every one, the entire nation, she has got the medal,” he added.

Ramana said he advised Sindhu to focus on the game and the body language.“Yesterday and day before yesterday, Bing Jiao had played three games.It’s not easy for a player to continue the same rhythm.I also told Sindhu to increase the pace because Bing Jiao is also a tricky player like Tai Tzu.”

He is confident that Sindhu, now 26, will play the next Olympics too.“We have to plan and work out to win as many medals as possible.I am confident because she is focused and she has hunger to go play and she enjoys the game,” he said.

He believes that age will not be a problem if she keeps herself fit.He said with age, the player gains experience and pointed out that Sindhu has improved with the time.

Vijaya said they were disappointed to miss the gold but added that a “medal is a medal”.“It’s not easy reaching at this level.Winning a medal at Olympics is not an easy thing.So a medal is a medal.”

Sindhu’s sister Divya said that the family had a long distance peptalk with her on Saturday and encouraged her to look beyond the defeat of the previous match’s loss, and focus on winning Sunday’s game