Natural star Nani’s upcoming film ‘Tuck Jagadish’ is one of the much-awaited films from the Tollywood that audience is looking forward to.Directed by Shiva Nirvana of ‘Ninnu Kori’ and ‘Majili’ fame, the film stars Ritu Varma and Aishwarya Rajesh in female lead roles. 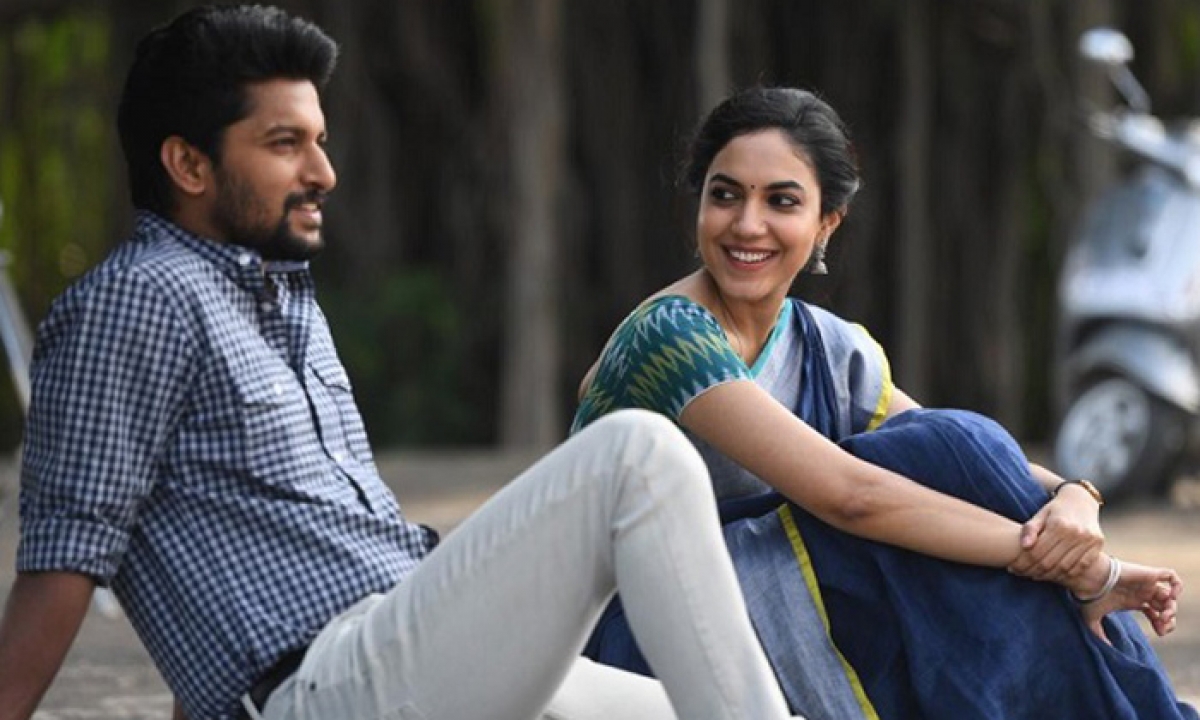 Now the film’s team has kick-started its musical journey with the first single ‘Inkosaari Inkosaari’.The lyrical video song has been dropped today online where the has a lead sequence wherein Nani calls Ritu Gumma, who plays Gummadi Varlakshmi in the film.Gumma is the short form for Gummadi.Then, they start their journey on a bike and going places exploring beautiful locations.Nani plays a youngster named Jagadish.

The voices of Shreya Ghoshal and Kaala Bhairava are magical for the romantic number that is composed by SS.Thaman.Chaitanya Prasad has penned the lyrics of this song which is shot across the beautiful locales of Pollachi.‘Inkosaari Inkosaari’ is one more impressive number from Thaman. 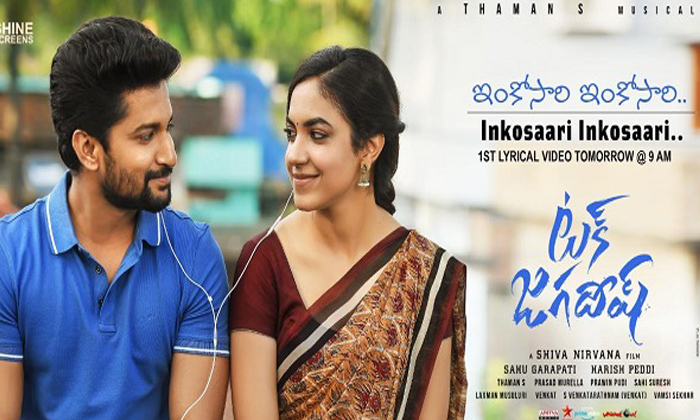 ‘Tuck Jagadish’ is a wholesome entertainer with a lot of entertainment and emotions which is produced under Shine Screens banner.The film also has Jagapathi Babu, Rao Ramesh, Nasser, Naresh, and others playing significant roles.The film is said to release in theatres on 16th April 2021.Stay tuned for more updates!