Noida 9 Aug : Uttar Pradesh Police has arrested self-proclaimed Politician Shrikant Tyagi of Meerut for accusing him of abusing and sexually assaulting an innocent woman, a senior police official told reporters on Tuesday. “Yes we have detained him together with three others,” the official confirmed to IANS. 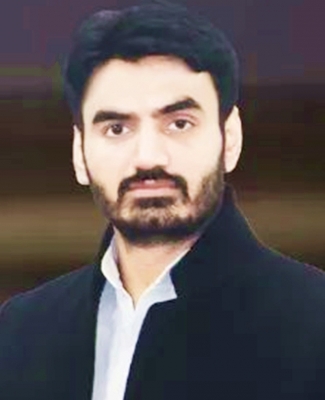 Tyagi is being accused of attacking a woman on the 5th of August He was evading his arrest for the last four days.

The Politician who, according to the people of the Grand Omaxe society has ties to the Bharatiya Janata party, was caught in a verbal dispute with an individual about the planting of palm trees.

The incident was brought to light on Friday, when a number of video clips of the incident went viral on social networks in which Tyagi was heard shouting insults towards the victim.On social media, users shared the reaction of the victim in which she recounted the entire incident.

“I reside in Grand Omaxe.A man named Shrikant Tyagi, residing on the ground floor, was encroaching on the community by planting large and small trees in the common space.

If I asked him to get rid of the plants, he refused and when I tried to get them removed, he hurled abuses at me, my husband and children the woman said.

The same clip shows residents of the society can be accused by Tyagi of taking over the land by planting large and small plants.

In a stern and ferocious way against Tyagi The Noida Administration on Monday razed to the ground the permanent structure that was illegally builtand was occupied by the savage Neta in the common space of the Grand Omaxe society.

Tyagi had encroached on the space of the group and built a wooden shed with several pillars underneath it.

The demolition process was conducted by the Noida Authority.As the bulldozers drove over Tyagi’s encroachment inhabitants of the community expressed their great joy and also handed out sweets to each other.

Then in the morning, the Additional Director General of UP police (law and order) Prashant Kumar informed that the Uttar Pradesh Police have suspended six police officials due to their indifference in the current investigation.

“The the in-charge of the local police station was suspended.

Alongside him the sub-inspector and four constables also have been suspended for inefficiency in the work they do,” the senior official stated.

In addition to the severe actions against the officials of its own, Kumar said for the security of the complainant two personal security guards (PSOs) were appointed to her.

Details regarding Tyagi’s arrest remain to be determined.