Seoul 5 Aug : South Korea’s Lunar Orbiter begun its planned path towards the moon according to the South Korean Science Ministry said Friday, in an historical first step in the direction of exploration of space.The Korea Pathfinder Lunar Orbiter – sometimes referred to as Danuri as a portmanteau of the Korean words for “moon” and “enjoy” -was on an orbital Lunar transfer trajectory at the time of 2 p.m.on a journey to the moon that may last four and one-half months, Yonhap reported. 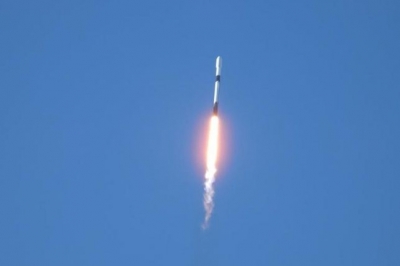 South Korea confirmed that the Orbiter was producing power with the solar panels and that all of the onboard devices were working properly after it was launched on the SpaceX Falcon 9 rocket from Cape Canaveral in the US.

Danuri also had its first communications with an Deep Space Network antenna of NASA in Australia’s Canberra around 9.40 a.m.(Korean time) according to the Ministry of Science and Information and Communications Technology (ICT). 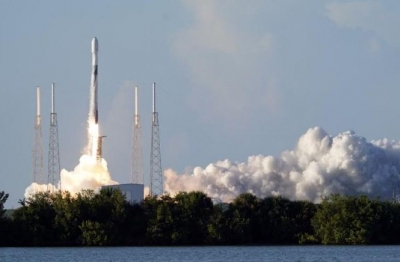 “The Danuri will be recorded as the first step in the history of South Korea’s space exploration.

There is an extensive road ahead for Danuri including launching into the Lunar orbit, and carrying out its entire year-long mission” the Minister of Science and ICT Lee Jong-ho told reporters in Cape Canaveral after observing the launch.

The launch, delayed for two days because of an issue with the rocket was the first time for South Korea’s spacecraft to go beyond Earth’s orbit, and also the first moon-based observation mission.

Its goal is to determine magnetic strengths, terrain Gamma rays, terrain, and other characteristics of the Lunar surface with six instruments aboard throughout its entire year-long mission beginning in the latter part of December.

The Orbiter is also able to be able to identify possible landing spots for future Lunar missions.

South Korea has set the goal of sending Lunar landing modules to the moon in 2031.President Yoon Suk-yeol has vowed to invest in opening up a space economy and aid the aerospace industry by the creation of an aviation agency.

In June of this year, South Korea launched its first rocket that was built in its own country, Nuri, becoming the seventh nation in the world to create an space launch vehicle capable of carrying the weight of a satellite of greater than 1 tonnes.

The Korea Aerospace Research Institute (KARI) is the organization that oversees the Lunar Orbiter project has seen advancements of deep-space internet protocol design as well as technology and design of landing devices, development Lunar exploration rover as well as nuclear batteries for future landing missions.

“We need to take action but I believe it’s possible to reach the moon with our own capabilities,” KARI President, Lee Sang-ryool told the media in November.

NASA has been engaged in the South Korean mission after signing an agreement with KARI KARI to collaborate in the year 2016.

NASA and KARI have been working together since 2016.US space agency has also shared its experience in developing the mission and plans to give access to its Deep Space Network antennas around the world to track the spacecraft.

Kim Eun-hyeuk who is project scientist at KARI said that exploring the world of deep space, without exploring the moon, is not possible and added that “many Asian countries, such as Japan, India and China have already begun space exploration programs and the best option (for the immediate exploration) is the moon.”

As of today there are just six nations and regionsincluding the US, China, Japan, India, the European Union and the former Soviet Union — have achieved success in Lunar landings, or moon Orbiter explorations.

If Danuri is able to reach its destination in the last week of December South Korea will become the seventh country to reach the Lunar orbit.

Experts believe that Danuri’s mission Danuri mission could provide crucial insights into the difficulties of deep space exploration, and will further strengthen the capabilities of space.

In the course of the program, KARI is building South Korea’s very first deep space antenna in Yeoju, Gyeonggi Province and is likely to be utilized in future space exploration initiatives.

Bang Hyo-choong is an aerospace engineer at the Korea Advanced Institute of Science and Technology The professor said the mission was “the experience of an individual who travels to a foreign land for the first time.”

“South Korea is not equipped with previous expertise in carrying out interplanetary space missions.Therefore, the Danuri project, specifically the element of its Lunar transfer ballistic method will offer new experiences and knowledge about maneuvering spacecrafts in space,” Bang said.