Jaipur 10 August : The Ashok Gehlot-led administration in Rajasthan has granted appointments to two MLAs who were members of the Congress from the Bahujan Samaj Party (BSP) in an attempt to make other legislators who had threatened to reconsider regarding their support for the government — stay in the same BSP.In September of 2019 the six MLAs quit the BSP and joined the Congress. 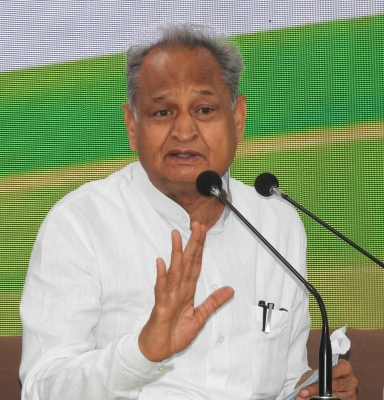 Wajib Ali, an MLA from Bharatpur was named the State Food Commission Chairman while Sandeep Yadav an MLA from Tijara, Alwar, has been appointed the Bhiwadi Urban Infrastructure Development Board Chairman.

The legislators are, however, not eligible to be paid any salary allowances.

It was noted in the appointment instructions of Wajib Ali, that there will be no salary allowances or other financial benefits will be offered for this position.

Three years following the merger with the Congress the six MLAs have been given a share in the power.

Sandeep Yadav had expressed displeasure over the delay in making appointments on time.

At present both Yadav and Ali are currently on tour in Australia.

Rajasthan Minister Rajendra Gudha has also expressed his displeasure with this delay a number of times.