Islamabad 15 August, : The Pakistan Meteorological Department has predicted intense Monsoon Activity in the days ahead with additional torrential rainfall in the southern regions of the country.The department in its most recent forecast report stated that a raging Monsoon was anticipated as depression has formed in the Arabian Sea which is likely to move towards the west of Pakistan across the Makran coast, as reported by Xinhua news agency. 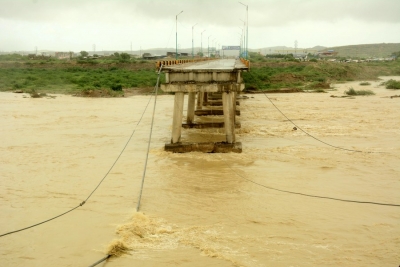 With the help of this system of weather, the report states that thundershower and rain with a few large falls are likely in Punjab and the northwestern Khyber Pakhtunkhwa (KP) provinces starting Tuesday with occasional gaps.

It further stated that thundershowers and rainstorms that are widespread, with scattered heavy to extremely massive falls are anticipated in Sindh as well as Balochistan provinces beginning Tuesday until Thursday.

The heavy rain could cause urban flooding in Areas of Sindh, Punjab and KP and flash flooding could occur in the Balochistan region the report stated in addition to the fact that it could also trigger landslides in the northern regions of the country.

The report advised fishermen, travelers and tourists to remain prudent during the forecast time and recommended that all authorities stay vigilant and take the necessary precautions.

The death toll total from this year’s Monsoon rainfall from mid-June has grown to 592 comprising the deaths of 116 women and 230 kids, as well with 974 people injured according to the National Disaster Management Authority (NDMA).