New Delhi, Aug 18 : Refunds and flight Problems comprised the Majority of a total of 591 Passenger complaints received by the scheduled domestic airlines during July this year. 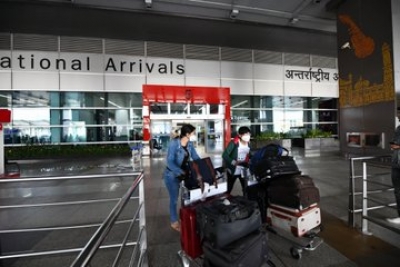 The data also revealed that refund related complaints have increased substantially during the last three months from 18.1 % in May to 18.9 % in June to 30.3 % in July.

As per officials of the civil aviation ministry, refund related complaints had soared during the Covid period because of cancellation of flights.

Thereafter, the DGCA had issued a circular on this and all airlines are now compliant with this.

Multiple flights were delayed during July this year due to a large number of technical snags in aircraft and also due to bad weather.

Officials said that the safety audit of all the airlines is regularly undertaken by the DGCA.The audit findings are communicated to the operators for resolution.

The deficiencies brought out by the audits have been addressed by the concerned stakeholders and strict enforcement action has been taken by the DGCA for serious violations, particularly where Passenger safety was concerned.

The DGCA has laid down regulations under Civil Aviation Requirement (CAR) which requires that the aircraft is maintained in accordance with the manufacturers’ guidelines and all snags reported in the aircraft are rectified before it is released for flight.