Islamabad 27 Aug, Islamabad : Pakistan Finance Minister Miftah Ismail has stated that Qatar is “interested in leasing Pakistan’s airports”.He was speaking at a press gathering in Islamabad on the Friday. 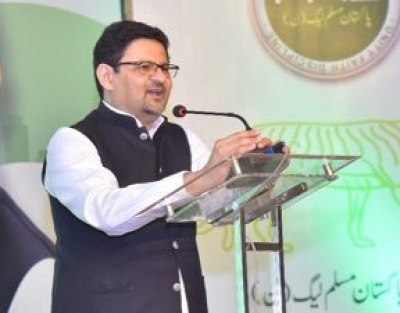 They’re also interested in being a part of the Pakistan Stock Exchange, he said.

He denied reports in the media about the transfer of the New York’s Roosevelt Hotel and Pakistan International Airline.He claimed that these issues weren’t discussed at all.

The announcement comes just the day Pak Premier Shehbaz Sharif ended his first official trip to the Gulf kingdom since taking his post in April.

The minister stated that the next meeting of the International Monetary Fund’s (IMF) executive board is scheduled for Monday, and will be able to approve the transfer of funds.

He said that Pakistan has already met all of the conditions required for the payment of the loan tranche.

Miftah claimed that the Fuel Costs Adjustment (FCA) which was included with the electricity bill of August was for the month of May.It raises the cost per unit of electricity by 7 rupees, he said.

He added that the government had spoken with the IMF about this issue and has decided not to take FCA from customers who use less than 200 units of electricity.

This would cost us around 21 billion dollars, he added.

He added that a committee was established to examine reductions of the number of consumers who have 200-300 units.