By IANSlifeNew Delhi, Oct 10 (IANSlife) Prinseps are set to host the Wadia Movietone auction on November 16 at 10 a.m.The auction brings together items from the estate of Riyad Wadia, heir to the Wadia Movietone production house and a renowned independent filmmaker himself.Highlight lots include original movie posters from acclaimed films Miss Frontier Mail, Stunt Queen, Circus Queen, Khilari and Captain Kishore, among others. 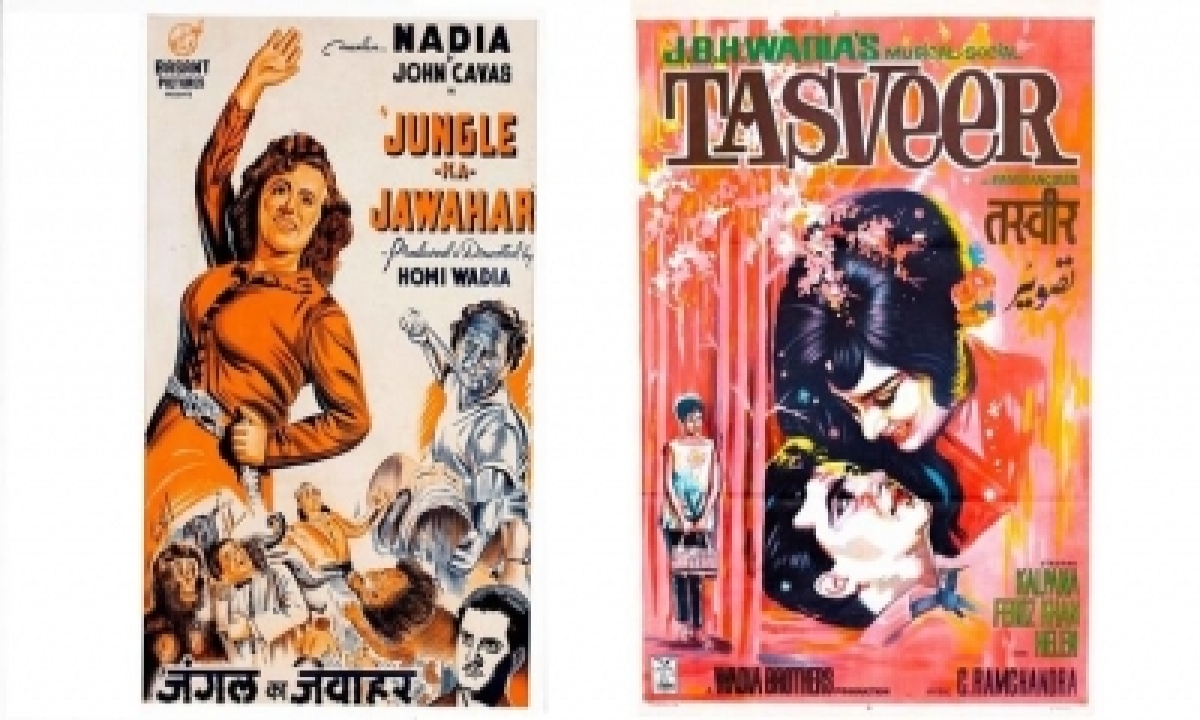 Established in 1933 by brothers J.B.H.Wadia and Homi Wadia, Wadia Movietone was a noted Indian film production company.J.B.H.Wadia and Homi Wadia are great-grandsons to Lovji Nusserwanjee Wadia who founded the Wadia Group in 1736.The production house gained widespread acclaim for its early stunt films and its casting of an Australian stunt woman, Mary Ann Evans (popularly known as Fearless Nadia) in their films.Initially, Nadia starred in a series of smaller roles before landing her first lead role in Hunterwali — one of the first female-led movies in India.

Hunterwali went on to be the most successful film of its time and the first Indian film to have a sequence titled ‘Hunterwali Ki Beti’.The film transformed Nadia into one of the most highly paid actors of her time, spawning a genre of stunt actors who sought to emulate her but never quite succeeded.

More recently, the production company was inherited, Riyad Wadia, who returned to Bombay from Charles Sturt University in Australia to resurrect the banner with a groundbreaking documentary ‘Fearless: The Hunterwali Story’ (1993).Since its inception in 1933, through the heyday of talkies and well into the 1990s, the film company has had a significant impression on the Indian film industry and produced nearly a hundred films before the shutters finally came down on the production of feature films by the company.Prinseps’ auction offers a glimpse into this remarkable history of Indian filmmaking with key lots including original posters and artwork for:

Speaking about the poster auction, curator Brijeshwari Gohil notes, “We are delighted to be able to bring these lots to the fore and highlight a significant part of Indian filmmaking history.The original movie posters offer a glimpse into the gradual transformation of movie posters owing to enhanced visual technology in the 21st century.”

Following the auction, Prinseps will host auctions, including an extraordinary NFT auction of artworks by the radical 1950s artist Gobardhan Ash, from his ‘Avatars’ series.Later in the year, Prinseps will also be offering a rare auction of Bhanu Athaiya’s sarees alongside a selection of NFTs based on her drawings and sketches.