New Delhi, May 1 : Kieron Pollard’s power-packed 87 not out off 34 balls (6x4s, 8x6s) overshadowed Ambati Rayudu’s 72 not out off 27 balls (4x4s, 7x6s) as Mumbai Indians (MI) defeated Chennai Super Kings (CSK) by four wickets in a last-ball Thriller here at the Arun Jaitley Stadium on Saturday night. 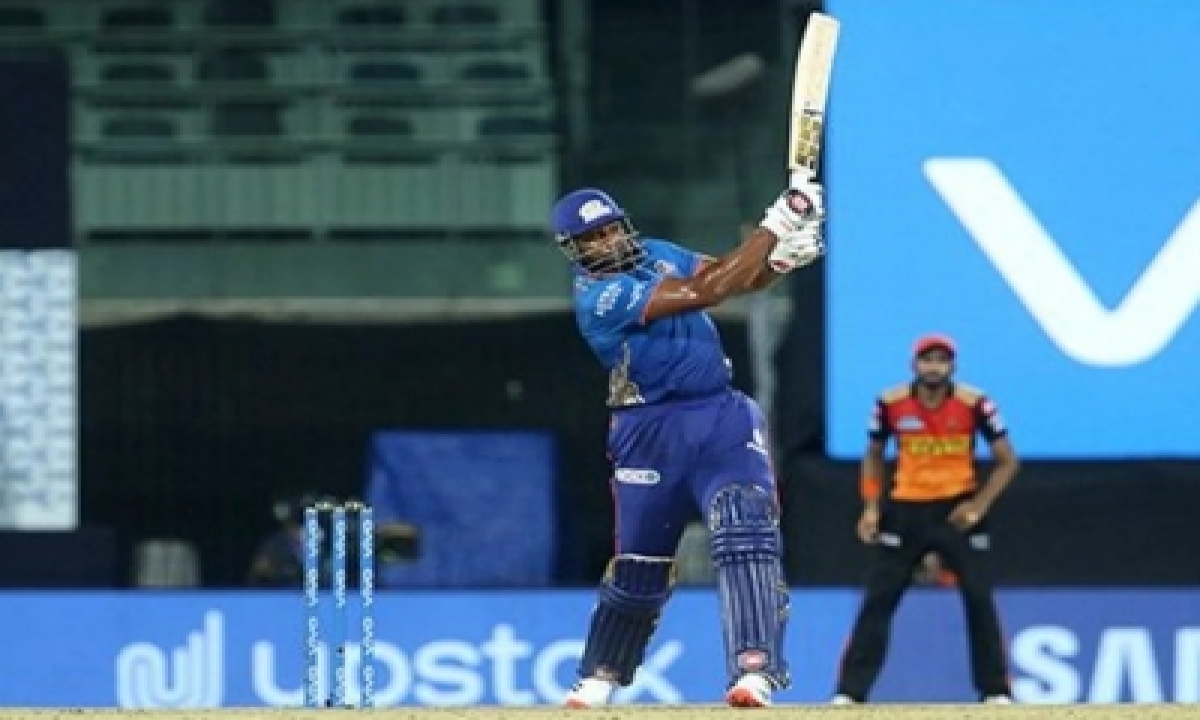 Both Pollard and Rayudu butchered the bowlers who struggled to get their lengths right on a batting surface.

Chasing 218, MI got off to a flying start with openers Rohit Sharma and Quinton de Kock adding 71 in 7.4 overs.But three quick wickets brought CSK back into the match.

Pollard then took charge and hammered the bowlers into submission.

He added 89 for the fourth wicket with Krunal Pandya (32 off 23 balls) and got to his fifty in just 17 balls with a couple of boundaries on successive balls off Shardul Thakur.

Earlier, Rayudu had helped CSK get to a massive 218/4.

Rayudu’s attack left MI in a state of shock after the Rohit Sharma-led outfit seemed to have got back into the match with quick wickets.

The Andhra batsman pulverised the Mumbai franchise bowlers as they conceded 82 runs in the last five overs.Rayudu added an unbeaten 102 (off 49 balls) with all-rounder Ravindra Jadeja (22 not out off 22 balls).

Three quick wickets in 14 balls left CSK struggling at 116/4 at the end of 12 overs and in danger of getting bowled out early.

However, Rayudu had other ideas.

He destroyed every bowler’s figures and reputation, not sparing anyone including Jasprit Bumrah (1/56 in four overs).Dhawal Kulkarni was the other bowler to leak runs (0/48 in four overs).