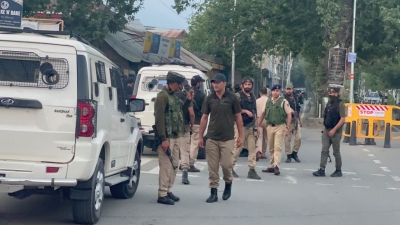 Taking to Twitter, the J&K Police said: “Police personnel namely Ct Sarfaraz Ahmad R/O Batote Ramban who was injured yesterday during an anti-terrorist operation, succumbed to his injuries & attained #martyrdom.We pay rich #Tributes to the #Martyr for his supreme #sacrifice made in the line of duty.”

A terrorist was injured in the encounter which took place in old city Nowhatta area of Srinagar on Sunday evening.

The scooter used by two terrorists, one AK-47 rifle and two grenades were also recovered by the security forces from the encounter side.