New Delhi, Aug 18 : The Delhi High Court on Thursday sought a response from the Centre and others on a Public Interest Litigation (PIL) against the permission granted to Sikhs to Carry kirpans in Domestic flights. 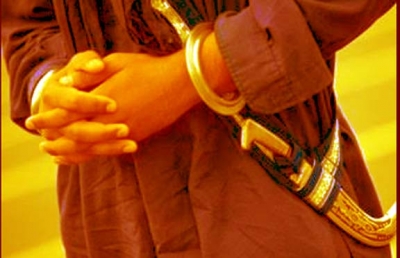 The plea moved through advocate Harsh Vibhore Singhal challenged the DGCA notification issued on March 4 which stated that ‘kirpan’ may be carried by only by a Sikh passenger in Domestic Flights provided the length of its blade does not exceed 15.24 cms (6 inches) and the total length does not exceed 22.86 cms (9 inches).” .the exception is not just for Indian citizens.Impugned Notifications do not distinguish applicability to Sikh Indian citizens, and Sikhs from other nations can Carry kirpans whilst travelling in any Indian plane on Domestic routes in India, though laws of their respective countries may prohibit carrying of kirpans in civilian Flights there,” the plea read.

Recently, a similar plea was moved before the Supreme Court by the Hindu Sena which stated: “The liberty granted to the Sikh passengers/ employees/stakeholders vide the said order appears to be absolute without any consideration for the safety and security of the fellow passengers and employees as stated order does not provide any provision to ascertain that whether the person carrying Kirpan in the high security areas like airport and aircraft is an actual Sikh or an imposter with intention to misuse the above liberty.”

It had contended that the freedom given to Sikh passengers is arbitrary and violation of Article 14 and Article 15 with respect to the discrimination made on the basis of religion, as any non-Sikh person is not allowed to Carry any object that could be potential threat to the co-passengers.