As it is known news to everyone on this planet, Anushka Sharma and Virat Kohli have given birth to a beautiful baby girl and named her Vamika.They birthed her on January 11th, 2021, and also wrote to their fans stating “We are thrilled to share with you that we have been blessed with a baby girl this afternoon. 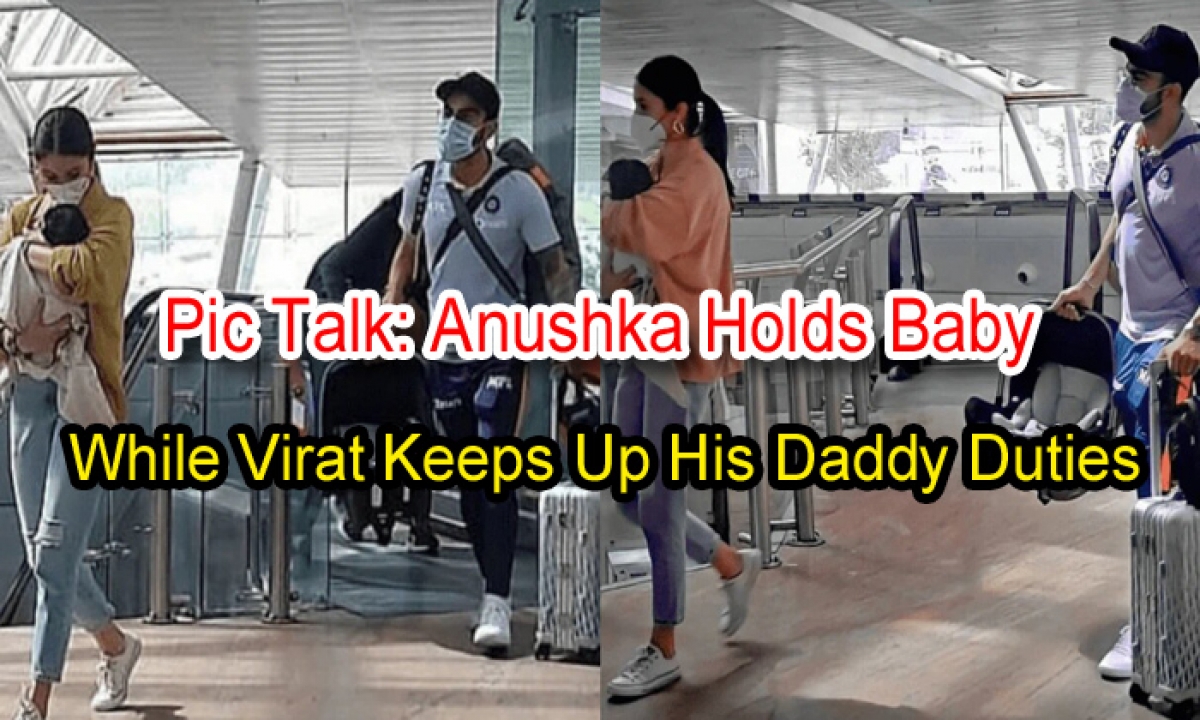 We thank you all for your love, prayers and good wishes.Anushka and the baby are both healthy and we are feeling beyond blessed to start this new chapter of our lives”.Ever since then they have been giving us glimpses of the baby and how parenthood duties have been carried out in their lives.Now the news is that the family was spotted arriving at Pune Airport from Ahmedabad Airport since the father, Virat has an ODI series with England and the family has traveled to accompany him.India is scheduled to play three ODI matches against England with the first match on Tuesday.All the matches will be held at the same venue and will be played behind closed doors without crowd.

In the picture, Anusha was seen holding the baby while Kohli was holding all the stuff of his wife and daughter which included the luggage, handbags, his cricket kit, and even the carrycot of his daughter.Fans have been loving how comically accurate the picture is and at how the parents haven’t used any nannies or helpers being superstars. 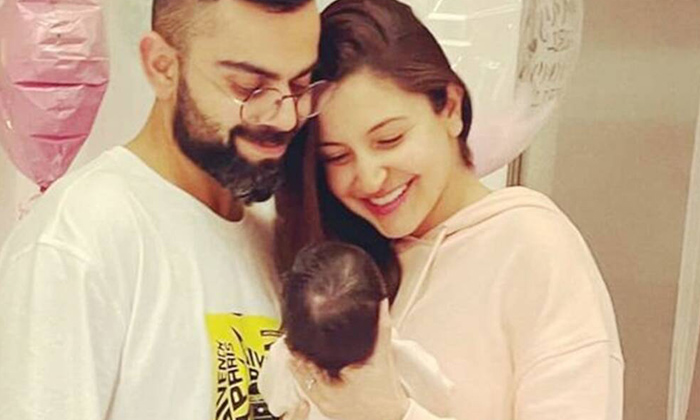 As per the request of the couple, the baby’s face has not been revealed in the photos.Keep watching this space for more updates!