Malayalam blockbuster Ayyappanum Koshiyum, directed by late director Sachy, is all set to be remade in Telugu, and Power Star Pawan Kalyan is going to play the lead role.In the month of April,  it was heard that Rana Daggubati and Nandamuri Balakrishna will play the lead roles in the Telugu remake. 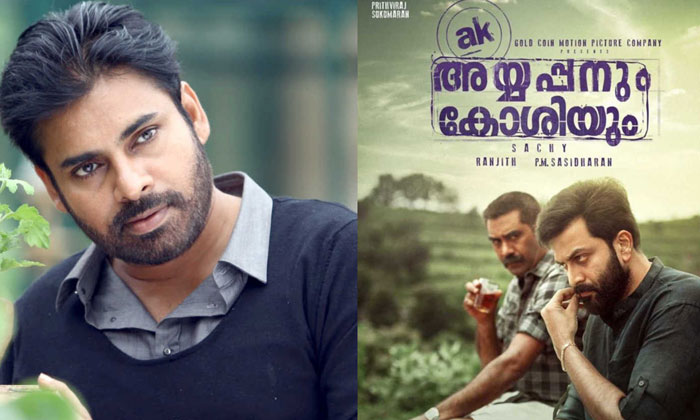 However, later it was heard that Pawan Kalyan has been signed to play the role played by Biju Menon in the original version of Ayyappanum Koshiyum.

According to the latest update,  Pawan Kalyan starrer film Ayyappanum Koshiyum’s grand launch will take place on Monday with a formal pooja ceremony and the regular shoot will commence from 2nd January in Hyderabad.

Ayyappanum Koshiyum remake will be directed by  Saagar Chandra and it will have music by Thaman.Trivikram Srinivas will be penning the dialogues.

The makers are in plan to release the film during summer 2021.

Ayyappanum Koshiyum is the story of Koshy Kurien and Ayyappan Nair, who lock horns over an incident and have their egos take them on a wild trip.

While Prithviraj was seen as a retired army havildar Koshy Kurien and  Biju Menon essayed the role of Ayyappan Nair, a policeman.