By Hamza AmeerIslamabad, Dec 1 : After the announcement by the banned outfit Tehreek-e-Taliban Pakistan (TTP) of ending the ceasefire agreement with the Pakistan establishment and the government, a series of targeted attacks in Balochistan, North Waziristan district and Peshawar have confirmed the launch of a fresh offensive, pushing the government to call for immediate meetings and work out fresh strategies to tackle the spread of terror. 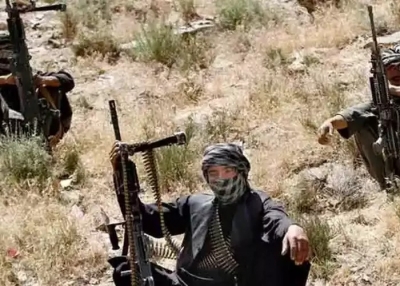 As per sources within the federal government, an emergency cabinet meeting has been called in to review and plan up a fresh strategy to tackle and counter the spread of terror activities after the TTP’s announcement to call off the peace deal with Pakistan, which was brokered through the facilitation of the Afghan Taliban and months long rounds of negotiations in Kabul during June this year.

The TTP announced on Tuesday that it was ending the peace deal, accusing the Pakistan side for failing to abide by the terms and agreements and carrying out Intelligence Based Operations (IBO) against its militants.

Within 24 hours of the announcement, TTP claimed responsibility of a suicide blast in Balelli area in Quetta.

As per details, at least three people died in the attack, including one security personal of Balochistan Constabulary and two pedestrians including one school-going child.

Other than the casualties, at least 26 people were critically injured in the attack including at least 19 police security officials and at least six civilians.

The attack was targeted at a security personal vehicle of Balochistan Constabulary, deployed in Kuchlak area for security of the anti-polio staff.

TTP claimed that the attack was to avenge the killing of their commander Omar Khalid Khorasani, who was killed at a time when the ceasefire deal with Pakistan government was active.

In addition to the suicide blast, at least one personal of the Frontier Corps was killed while other injured during a targeted firing incident at Tank Buss Station in Dera Ismail Khan.

One soldier was killed during another terrorist attack in Shewa area of North Waziristan district.

The attacker was also neutralised in the attack.

Moreover, another parallel firing attack claimed life of at lease one soldier and injured two others when an unknown assailant open fire in Spinwan area of North Waziristan district.

The attacker was neutralized in the attack by security forces.

While the TTP resurgence and its footprints are being clearly shown through terror attacks; Islamic State (IS) local umbrella has also shown its presence in the heart of Peshawar.

As per local police authorities in Peshawar, wall chalking were witnessed on the wall of a local school and some other buildings stating “Daesh Raghalay”, a statement written in Pashto language meaning “Daesh has arrived”.

As per police authorities, the wall-chalking were seen in the city’s Matha area.

The TTP and IS resurgence comes at a time when the new Army Chief General Asim Munir has taken over the command of the military establishment and Deputy Foreign Minister Hina Rabbani Khar, has had a day long important visit to Kabul, where she met with top leadership of the Afghan Taliban and discussed major regional and border security matters.

It is believed that one of the prime agenda of Khar’s visit to Kabul was to ask Afghan Taliban to use their influence against and urge the TTP to initiate dialogue with Pakistan.

Pakistan has been calling on the Afghan Taliban to ensure that they take out TTP footprints operating from Afghanistan and spreading instability in Pakistan through cross-border terrorism, a demand that many believe Afghan Taliban has been refraining to take action on.

Instead, the Afghan Taliban has urged Pakistan to engage in dialogue with the TTP and sort the problems out through table talks.

Pak Govt Join Heads To Tackle Resurgence Of TTP, IS