Srinagar 9 Aug : To intention to fill in the left-out population of Srinagar district that is part of the Central government’s Ayushman Bharat – Pradhan Mantri Jan Arogya Yojana-SEHAT Scheme (AB-PMJAY-SEHAT) The Ayushman Bharat – Pradhan Mantri Jan Arogy gathering of officials of all departmental lines was conducted under the direction of the Srinagar Deputy Commissioner, Mohammed Aijaz Asad, officials from the government said.At the meeting, it was mentioned that up to 5,64,404 Golden certificates have been given out in Srinagar district that covers 1,675,538 families. 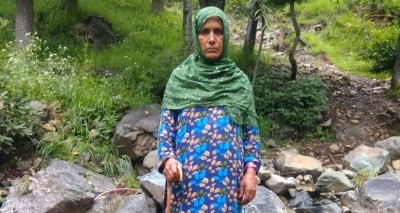 The procedure of being registered in the Central scheme is currently in progress.the remaining beneficiaries will be included in it in the shortest amount of time.

At the meeting, discussions were held on the current situation and the progress made in the implementation of the AB-PMJAY-SEHAT in Srinagar.

The group also discussed ways to speed up the registration process for SEHAT and instructions were sent to all officials involved for mass mobilization to ensure that every population left out is covered under the scheme , so that they can enjoy the advantages of the Golden card.

The District Deputy Commissioner instructed the Zonal Medical Officers and Tehsil Supplies Officers to put in more effort and ensure the mobilisation of people who are left out within their respective areas of responsibility with the help of concerned storekeepers/fair prices shop owners as well as Anganwadi workers.

This is to ensure that the people can receive the benefit of having a Golden card in the moment of need.

It gives no cost of charge Universal Health Insurance coverage up to 5 lakh rupees per family, on a floating basis in conjunction with Central government’s AB-PMJAY program.