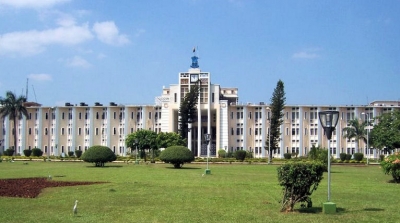 Participating in an adjournment on this issue, BJP Chief Whip Mohan Charan Majhi alleged that many Ministers and MLAs of the ruling Biju Janata Dal and senior government officers are allegedly involved in the Archana Nag money laundering case being investigated by the Enforcement Directorate (ED) for more than a week now.

Photos of 64 persons have been traced from Archana’s mail ID.Five dairies and four laptops containing data regarding her illegal act have been seized, he claimed.

“Despite all these, the state government has made efforts to set the culprits free,” alleged Majhi.

The BJP leader alleged that the state government has been protecting the accused persons from the beginning and police are not cooperating with the ED in the investigation.

Questioning the silence of Chief Minister Naveen Patnaik over the case, Majhi demanded a statement from the former in the Assembly.

Similarly, Congress Legislature Party leader Narasingha Mishra, too, slammed the government over the issue and demanded resignation of Patnaik on moral ground.

Instead of giving a statement on this sensitive issue, the Chief Minister has given the responsibility to the junior Home Minister, Mishra said.

This ‘sex scandal’ case has created ripples at the national level, especially in Odisha.

Those who have been allowed to go scot-free by Odisha police, the ED has arrested them, the Congress MLA added.

Another Congress MLA Taraprasad Bahinipati wanted to know why Archana’s husband Jagabandhu Chand was not arrested even as he was questioned 14 days after Nag’s arrest.

He alleged that Jagabandhu was set free in an intention to destroy the evidence.

In his reply, Minister of State for Home, Tusharkanti Behera refuted the allegations of the Opposition that the state government was shielding criminals.

“Our government never gives protection to any culprits.Law is above all.Chief Minister Naveen Patnaik has always emphasised on the rule of law.Whoever may be the criminal, or how powerful he or she may be, this state government has taken action against him or her as per law,” said Behera.

In the case of Archana Nag, he said, a case had been registered at Nayapalli police station on September 29, 2022, based on a written complaint of Odia film producer Akshay Parija.

Similarly, another case had been registered at Khandagiri police station on October 2, 2022, based on the complaint of Archana’s associate Shradhanjali Behera and the investigation is underway.

During the investigation, Archana and Jagabandhu were arrested in connection with the above cases on October 6, 2022, and October 21, 2022, respectively, and taken to court.

The ED is investigating the money laundering involved in the case, which is not coming under the purview of state police or Economic Offences Wing, the Minister added.