Jaipur 10 Aug : One million students of Rajasthan schools are expected to set a record when they sing Patriotic songs simultaneously on Friday.Additional Chief Secretary School Education Department, Pawan Kumar Goel said that to encourage the sense of patriotism among students as part of the Amrit Mahotsav of Azadi All schools, both government and non-government, of the state will sing desh bhakti simultaneously on the 12th of August at 10.15 a.m. 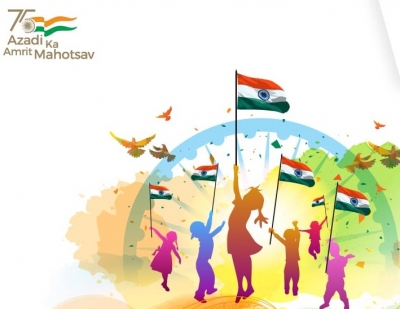 He declared that the program under the auspices of Amrit Mahotsav campaign is likely to be attended by the Chief Minister Ashok Gehlot at the Sawai Mansingh Stadium in Jaipur and the district’s in-charge ministers to be chief guests in the district-level program.He stated that around one million schoolchildren are scheduled to participate in the Patriotic music program that is likely to record the world record.

Goyal said that district-level programs will be organized in which Independence Day celebrations are sheduled to be held.