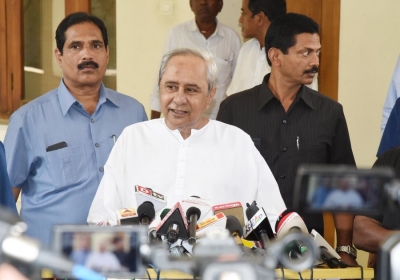 In a letter to Sitharaman, Patnaik said kendu leaves, a minor forest produce (MFP) is the financial backbone of about 8 lakhs kendu leaf pluckers, binders & seasonal workers of Odisha and mostly belonging to the tribal community and poorest of the poor of society.

The tribal people collect the leaves as part of their right defined under Scheduled Tribes and Other Traditional Forest Dwellers (Recognition of Forest Rights) Act, 2006.They have the right to procure and sell these products, he said.

“Imposition of GST (18 per cent) on kendu (tendu) leaves is adversely affecting the kendu leaves trade.This in turn affects the livelihoods of kendu leaves, pluckers, binders & seasonal workers and implementation of social security and welfare schemes for them,” the Chief Minister said in his letter.

In the interest of livelihoods of the kendu leaves dependent community, Patnaik urged the GST Council Chairperson to withdraw the GST imposed on kendu leaves for the greater interest of Odisha.

On November 23, Patnaik had announced a bonus of Rs 1,000 for each plucker and Rs 1,500 for each seasonal staff and binders in the first phase.

These above developments came in the wake of the upcoming bypoll to Padampur Assembly segment in Bargarh district on December 5.

Notably, 18 of the 30 districts, including Bargarh district, have maximum kendu leaf growing areas.