Bhubaneswar 10 August : The Odisha government on Wednesday approved 10 investment plans Worth around Rs 74,620.18 Crore which will create employment opportunities for more than 24,000 residents in the state, officials said.The High-Level Clearance Authority (HLCA) is led by the Chief Minister, Naveen Patnaik has approved the plans, including a proposal of Rs 41,653 Crore of Adani Enterprises Ltd. 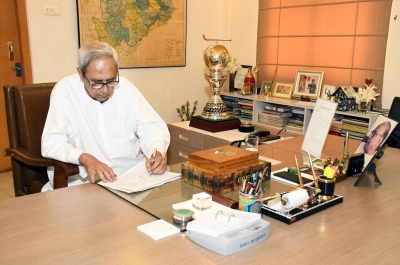 Adani Enterprises has proposed to construct a four MTPA (million tonnes per annum) refinery for alumina as well as a 175 MW captive power station in Kashipur in Rayagada district according to a statement in the press said.

The plan of Orissa Alloy Steel Pvt Ltd to construct an 2.5 MTPA steel plant and 370 milliwatt captive power plant in Kalinga Nagar of Jajpur district with an investment of around 8000 Crore was also approved at the HLCA meeting.

Sompuri Infrastructures Private Ltd got the approval of the state government to establish the pellet plant with a capacity of 24 MTPA as well as 6 MTPA of filter cake in Dhamra, in Bhadrak district with an investment of 7,811 Crore according to the company.

The company mentioned above will install 30 MTPA beneficiation plant in Keonjhar district, with an investment of the Amount of 4592.18 Crore, and 30 MTPA Slurry pipeline at an expense of 367 Crore rupees.

Approval was also granted to Aarti Steels Ltd to expand the size of its steel mill in Athgarh, in Cuttack district at a cost of 3000 Crore rupees.

The committee has endorsed the plan of ReNew EFuels Private Ltd (REFPL) for the establishment of an environmentally friendly hydrogen plant and green ammonia plant in Paradip in exchange for an investment of around Rs 2 crore.

ArcelorMittal Nippon Steel Indian Ltd’s proposal to set up an six MTPA beneficiation plant and a 12 MTPA Slurry pipeline in Keonjhar district, with an investment of 1 490 Crore was approved of the federal government.

The committee also gave approval to a $1000 Crore project of Tata Steel Ltd, an investment of Rs 1,400 Crore for a steel plant project proposed by Rungta Metals Private Ltd (RMPL) in Rairangpur of Mayurbhanj district.