Megastar Chiranjeevi was last seen in the film Sye Raa Narasimha Reddy‘ in 2019.It has been more than a year and a half since we saw Megastar on the big screen. 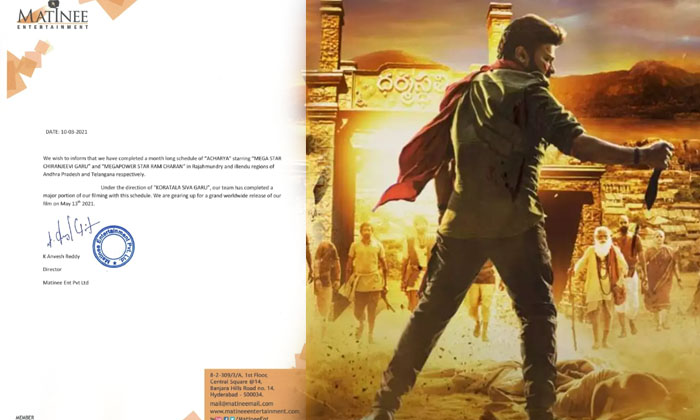 He will be next seen in the action drama ‘Acharya’ which is being directed by Koratala Siva and has Kajal Aggarwal in the female lead role.

Recently there were reports that ‘Acharya’ might get postponed due to the delay in shoot after Chiranjeevi fell ill during the recent schedule. 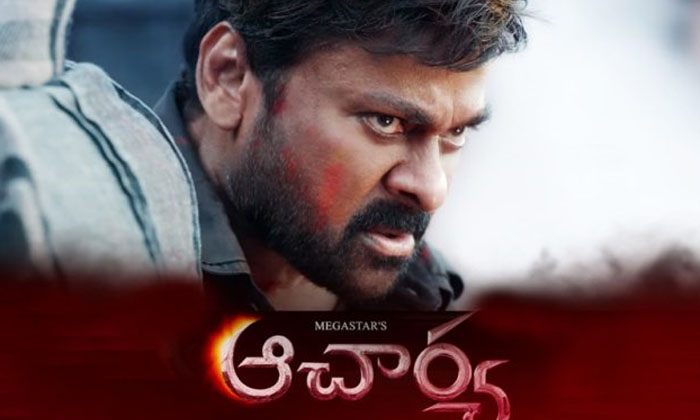 But the makers of ‘Acharya‘ were fast enough to respond and refuted the rumors and cleared the air surrounding the film’s possible postponement.

They have released an official update about the shooting schedules of the film.

They revealed the team has completed a month long schedule in the Rajahmundry and Illendu regions of AP and Telangana.Once again, the makers confirmed the release date for 13th May 2021.

Ram Charan and Pooja Hegde play important cameo roles in the action drama which is being produced by Matinee Entertainments and Konidela Productions banners.‘Acharya’ has music and cinematography by Mani Sharma and Tirru, respectively.Keep watching this space for more updates!

Team #Acharya completed a month long schedule in Rajahmundry and Illendu regions of AP and Telangana. Gearing up for a grand world wide release on 13th May, 2021.#AcharyaOnMay13 pic.twitter.com/gPloJTJvCb