Amaravati, May 8 : At least nine workers were killed and some others injured in Gelatin sticks explosion in Andhra Pradesh’s Kadapa district on Saturday, police said. 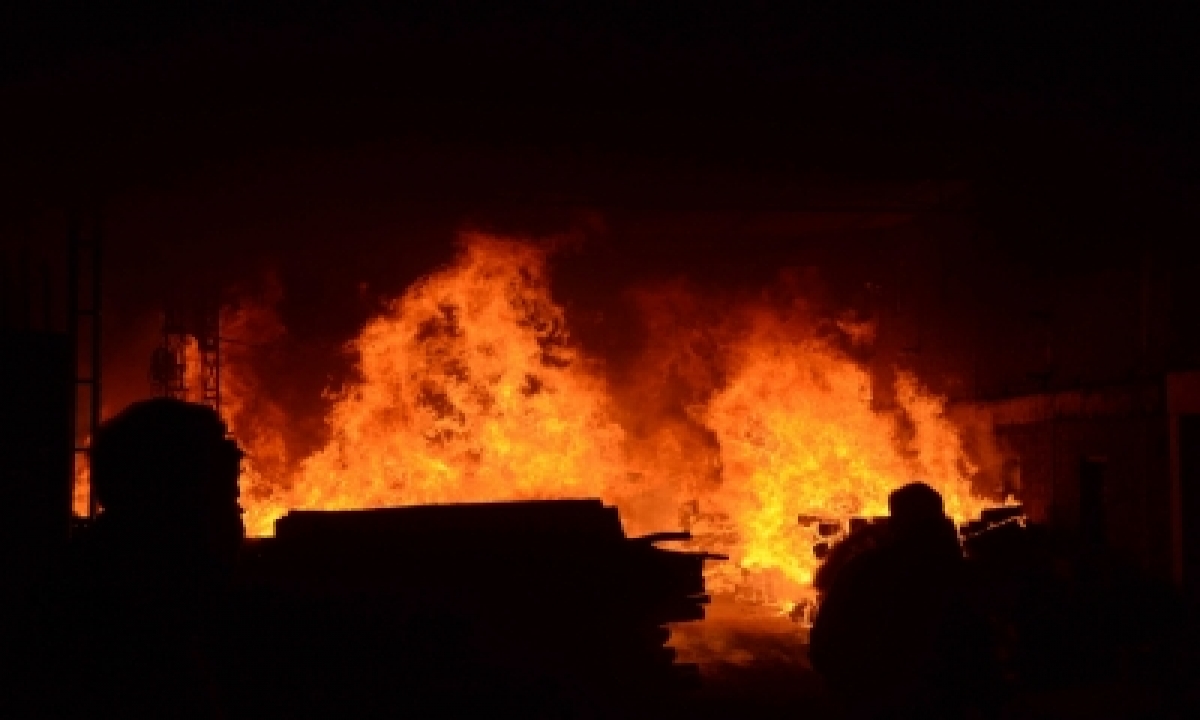 The incident occurred near Mamillapalle village in Kalasapadu mandal when the labourers were unloading Gelatin Stick from a vehicle for using them at a limestone mine.

Such was the impact of the explosion that the body parts of the deceased were blown apart and the vehicle was completely burnt.

The workers hailing from Kalasapadu and Pulivendula mandals were carrying Gelatin sticks for blasting the rocks at the mine.

Police rushed to the spot and shifted the bodies for autopsy.They took up the investigation and were trying to find out if the quarry had license to use the explosives.

Chief Minister Y.S.Jagan Mohan Reddy expressed shock over the deaths in the explosion.He conveyed his condolences to the families of the deceased.

The chief minister enquired about the incident and its reasons from senior officials.

He demanded that the government extend all help and announce ex gratia to the kin of the deceased on par with the LG Polymers in Vizag.

In a statement here, the TDP chief demanded immediate steps to provide better medical care to all those who were injured in the blast.It was unfortunate the tragic incident took place claiming so many lives in the chief minister’s own native district.

To prevent such incidents, proper safety standards should be followed there.All the workers should be given perfect safety equipment.

Chandrababu Naidu said that the government should immediately launch rescue and relief operations.The rulers should explain to the people why they had allowed the mining works at a time when there was an 18-hour curfew clamped all over the state to check the spread of coronavirus