Mumbai August 18 : The Nandita Das directed film “Zwigato” has been set to have its World premiere in the 47th edition of the highly regarded Toronto International Film Festival which is scheduled to take place from September 8 through the 18th of September in the eponymous biggest Canadian city.The film was produced and written by Nandita Das.It also features comedians Kapil Sharma as well as ShAhana Goswami.It will be screened in the “Contemporary World Cinema” section of the festival. 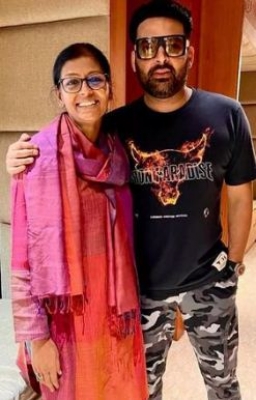 Speaking about the event The director Nandita Das said, “‘Zwigato is finally complete.A story about the new urban India that isn’t only about gigs, but about everything we have in common all around us.”

The film stars Kapil Sharma, a new food delivery driver who is investigating the realm of gig economy.ShAhana Goswani is his wife mother, who to earn a living begins working for the first time.

The film is set in Bhubaneswar, Odisha, it depicts the everyday challenges a ‘normal family is facing in the post-pandemic world.

In a statement about the partnership, the director stated, “I found the perfect producer in Sameer Nair, who is the perfect person to create this straightforward but complex slice-of life film.”

“I am so happy that it will be premiering soon in the Toronto International Film Festival (TIFF).This is very important to me personally since I’ve been there for the first time as an actor and a director, with ‘Fire and Firaaq”, respectively.”