Seoul 13 Aug : North Korea has lifted the face mask requirement and eased restrictions on anti-virus as the country strives to return to Normalcy following the declaration of victory in its fight against the Covid-19 pandemic state media announced on Saturday.This week, North Korean leader Kim Jong-un declared victory in the nation’s emergency fight against the disease, which took place three months after the country first reported the outbreak of Covid-19 according to Yonhap News Agency. 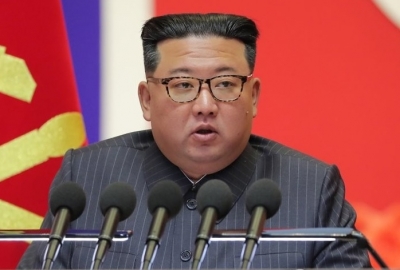 According to the official Korean Central News Agency (KCNA) the face mask mandate as well as other restrictions on anti-virus have been lifted across the nation except for “frontline areas and counties and cities bordering the border”.

However, wearing a mask is recommended in cases of respiratory symptoms, like the flu according to the KCNA.

Pyongyang declared its first Covid-19 case on May 12 after declaring that it was coronavirus-free for more than two years and instituted nationwide lockdowns.

The North’s daily temperature tally has been zero since July 29 , after reaching a high of 392,920 on the 15th of May

In the last month the North claimed that its Coronavirus outbreak was caused by alien items found near the inter-Korean border, referring to balloon-carried items distributed by North Korean defector groups in South Korea, such as anti-Pyongyang leaflets.