Kolkata 17 Aug : The residents in certain areas of south Kolkata particularly around Mamata Banerjee’s home in the Kalighat area, were met with mysterious Posters and hoardings on Wednesday morning.The hoardings and Posters that Carry only the photo of Abhishek Banerjee the nephew of the CM as well as Trinamool Congress’ national general secretary The party claimed that it will emerge with new looks exactly as the people want it to be within the next six months. 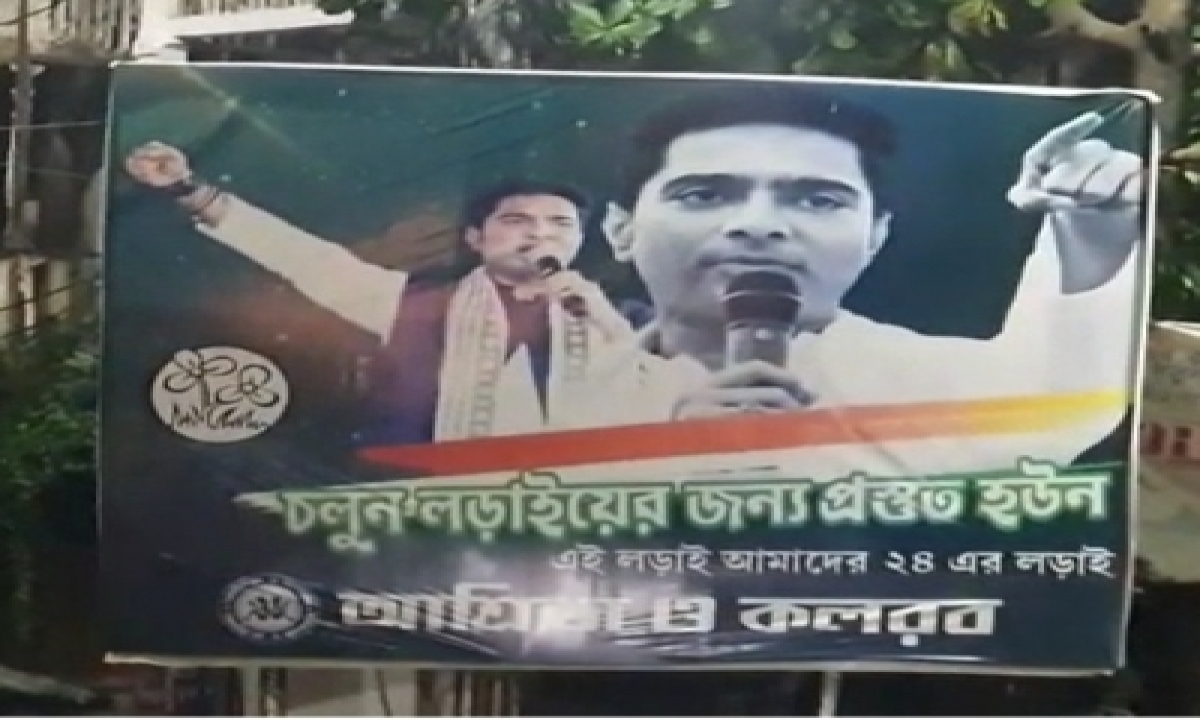 Surprisingly the Posters did not feature the image of Mamata Banerjee the first time it was heard of since the beginning of Trinamool in 1998.

The Posters were removed shortly, speculations began to circulate about whether Trinamool in its new design will include Abhishek Banerjee in charge of operations as the replacement for Mamata Banerjee. 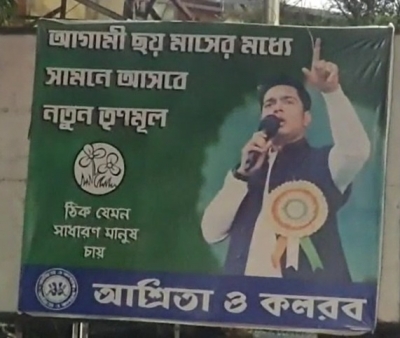 To minimize the situation, Trinamool spokesman Kunal Ghosh stated, “It is quite possible that some of the party’s followers could have put up these Posters and hoardings in response to recent remarks made by Abhishek Banerjee.There is nothing to speculate about.

“Mamata Banerjee is the chief of the leaders of Trinamool Congress, in which Abhishek Banerjee is the general.Trinamool in the new format means that it is leading the party in more disciplined and systematic way.”

However the opposition politicians in the state have begun criticizing the developments.

The Leader of Opposition in the West Bengal Assembly, Suvendu Adhikari, said there is no doubt of the new look Trinamool appearing in the next six months.

“The pace at which the most powerful Trinamool leadership are held in jail for their involvement in various scams, the organization will be defunct within about six months time,” Adhikari said.

According to CPI(M) central committee member Sujan Chakraborty, the old or the new-look Trinamool will always be inseparable from corruption.

“This is just an introduction of the new drama that the party is planning to stage to divert attention away from the pressing problems facing the state.” Chakraborty said.