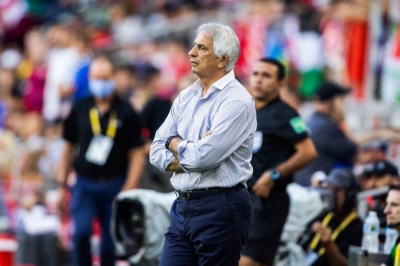 The country’s football federation (FRMF) said the decision was taken because of disagreements on how to prepare the Atlas Lions for the finals.

“Given the differences and divergent visions between the Royal Moroccan Football Federation and national Coach Vahid Halilhodzic on the best way to prepare the national football team for the Qatar 2022 World Cup, the two parties decided to separate by mutual consent,” a statement from the FRMF said.

The 60-year old Halilhodzic took charge of the North Africans in August 2019.

He led the side to the quarter-finals of this year’s Africa Cup of Nations in Cameroon and then secured World Cup qualification in March following a 5-2 aggregate win over DR Congo.

Morocco will face 2018 runners-up Croatia, Belgium and Canada in Group F at the World Cup finals in Qatar.

As per a BBC report, Halilhodzic’s departure from the Morocco role marks the third time he has been fired by a country he helped qualify for the World Cup.

Ivory Coast and Japan both reached for the global showpiece under his charge — but he lost both jobs before the respective tournaments took place.His dismissal by the Ivorians came after the Elephants fared poorly at the Nations Cup some six months before the 2010 World Cup, and he was replaced by Sven-Goran Eriksson.

On the other hand, the Japanese Football Association cited “communication” problems and claimed Halilhodzic had lost the trust of his players when he was sacked two months before the 2018 tournament.