New Delhi, Dec 1 : The India Metrological Department has predicted a further dip in the temperature in northwest and the central part of the country for the next few days. 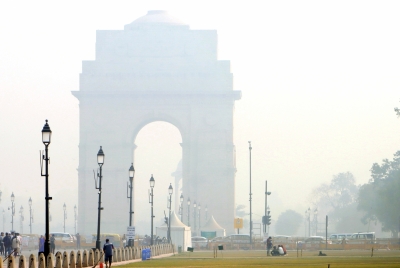 “Minimum temperatures are in the range of 8-10 degree Celsius over many parts of plains of Northwest India and adjoining Central India.Minimum temperatures are above normal by 2-4 degree Celsius over many parts of East India and near normal over most parts of Northwest and Central India,” the IMD said about the weather observed in the last 24 hours.

The national capital had recorded a minimum temperature of 7.3 degrees Celsius, three notches below normal on Tuesday.It was the lowest temperature in the month since November 23.A dip in temperature was reported in parts of the country, including in the national capital, Madhya Pradesh, Himachal Pradesh, Rajasthan and Uttarakhand, according to the India Meteorological Department or IMD.

Minimum Temperature Likely To Be 8 To 10 Degrees In Northwest

Minimum Temperature Likely To Be 8 To 10 Degrees In Northwest, Central India: IMD