Los Angeles, Sep 27 : Singer Meghan Trainor has opened up about the mom-shaming experience she had while her baby boy was in the neonatal intensive care unit (NICU). 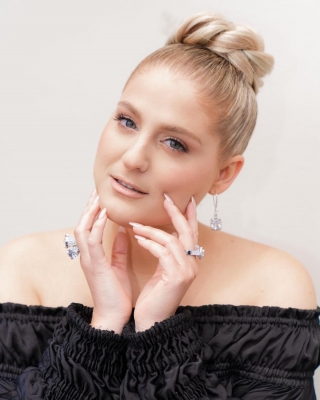 The ‘Like I’m Gonna Lose You’ hitmaker revealed that hospital nurses blamed her antidepressant use for her son’s health issues, reports aceshowbiz.com.

In a new interview with Romper, the 28-year-old singer explained that her now 16-month-old son Riley spent some time in the NICU because he struggled to wake up to feed, something she revealed nurses insinuated was her fault.”They kept asking me if I was on antidepressants during the pregnancy, and I was, but on the lowest dose possible, and all my doctors said it was safe and wouldn’t affect him,” she shared.

“It was really f**ked up.They had no name for what was wrong.He just wouldn’t wake up,” Meghan, who tied the knot with “Spy Kids 4: All the Time in the World” star Daryl Sabara in 2018, continued.

Trainor previously told “Today” that Riley was taken to the NICU moments after his birth, which was “terrifying” for her.”It was one of those horror stories where he didn’t cry.He didn’t make noise when he came out,” she explained.

“I was like, ‘Why isn’t he crying?’ Then they told me he was having breathing issues.It was terrifying,” Trainor recalled.

“I got to see him for one second before they took him away.That was probably the worst part.It was definitely a rough start.But we’re so lucky we got to bring him home.”

After spending five days in the hospital, Riley was sent home.For the first month of his life, Trainor said that she was worried that something bad was going to happen to him, especially because he didn’t show very much emotion.

“We kept being like, ‘Uh oh, what’s up with him? Is this what serial killers are like when they’re first born? They never cry?’ ” she said.

Trainor gave birth to Riley in February last year.Riley was due on Valentine’s Day but he arrived a little early.Celebrating her firstborn arrival, the “All About That Bass” singer posted several shots of the newborn on Instagram.

“This sweet baby boy’s due date was today on Valentine’s Day.We got to meet him Monday, Feb 8th,” Meghan wrote at the time.”We are SO IN LOVE Thank you @darylsabara for the best Valentine’s gift ever! Welcome to the world Riley!”