New Delhi, Dec 4 : The residents of national capital on Sunday submitted that they voted in the Municipal Corporation of Delhi (MCD) polls with a hope of getting better civic amenities, clean, congestion-free and safe roads among others. 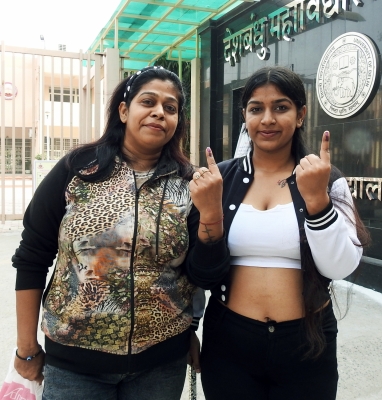 Ashish, a resident of south Delhi, said: “We face traffic jams daily.Due to congestion in streets, our cars get stuck and we run late for work.”

A woman, who did not wish to be named, spoke on safety concerns.

“At times, it becomes difficult to go out because some streets have less or no street light.It is dangerous for kids too to play or go out in dark.Any mishap can happen,” she said.

“Education is a basic need but sometimes the accessibility becomes narrow.The other day, I saw kids of labourers not going to school because their parents don’t know the procedure to get them admitted,” he said.

Medha, another first-time voter, said: “Roads are always crowded.Due to traffic jams, I often get late for my classes.”

The result of the MCD polls are scheduled to be announced on December 7.

The prime contest in the civic body elections is mainly between the Aam Aadmi Party and the Bharatiya Janata Party with both expecting to bag maximum number of wards.

The Congress is expecting to secure more wards this time.