Ever since the title “Dhamaka” was announced, there’s lots of curiosity on Mass Maharaja Ravi Teja’s ongoing out and action entertainer with director Trinadha Rao Nakkina.Then, the first look of both Ravi Teja and Sreeleela further increased interest. 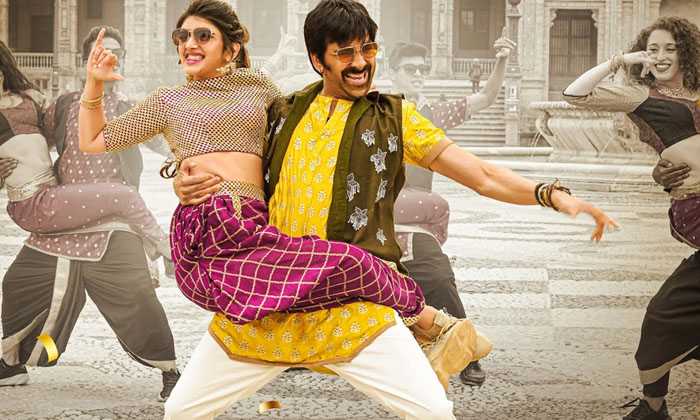 Today, Lyrical video of the film’s first single Jinthaak is released and this is an instant chartbuster.Bheems Ceciroleo has come up with a mass and folk-dance number.The beats are peppy all-through.Besides composing, Bheems Ceciroleo also lent vocals for the song.Mangli who is the prime choice for these kinds of songs has also crooned the number.Both the singers enhanced the energy quotient with their vigorous singing.

Ravi Teja and Sreeleela’s mass dances are the biggest attraction of the song.This is a perfect folk that will appeal to the mass audiences without any second thought and the lead pair added more vigour with their appealing dances.

The visuals look vibrant, thanks to cinematographer Karthik Ghattamaneni.Dhamaka is being mounted on a grand scale by producer TG Vishwa Prasad.

Vivek Kuchibhotla is the co-producer of the movie being made under the banners- People Media Factory & Abhishek Aggarwal Arts.Dhamaka that comes up with the tagline of ‘Double Impact’ features some noted actors in important roles.

A team of well-known technicians are handling different crafts.Prasanna Kumar Bezawada has penned story, screenplay and dialogues for the film, while Karthik Ghattamaneni handles the cinematography.