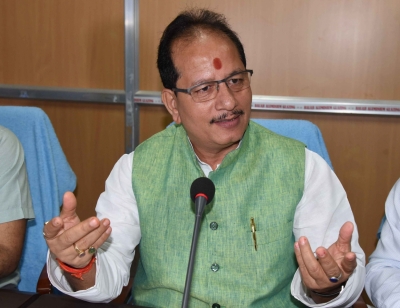 In this regard, Vijay Kumar Sinha has to show the majority of the Assembly to keep his position as Speaker.If he is not able to prove sufficient numbers, he will have to remove himself from the position and take a resignation.

If Vijay Kumar Sinha will challenge the motion to no-confidence, then he will need to demonstrate that he is the majority in the Vidhan Sabha.

At the moment Sinha’s BJP is represented by 77 MLAs which isn’t enough to allow Sinha to stay in the Speaker’s job.

In the current government Awadh Bihari Choudhary, who is the highest ranking MLA of the RJD is in the lead for the position of Speaker.

In the course of negotiations between Janata Dal (United) and Rashtriya Janata Dal (RJD) the latter will assume the position of deputy chief minister, along with the post of Speaker.

Chief Minister Nitish Kumar will keep the home ministry and general administration with his own, while education, construction and other important portfolios be with the JD(U).