Mumbai 18 Aug : The singer is known for his soulful songs like “O Sanam,” “Na Tum Jano Nah and ‘Gori Teri Aankhain among other songs the musician Lucky Ali feels he is “besura” (tone deaf) and that he simply believes in the process and is a true believer in everything he does.In a chat on ShareChat as well as Moj, Lucky, who is working with the new song ‘Mohobbat Zindagi’, discussed how he is different from popular Bollywood music. 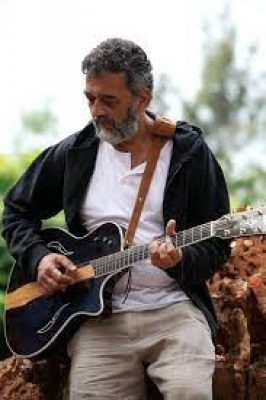 He stated, “Everything is in the seven notes of Sargam however, I am always on a search for the eighth note which is the note of silence”Moksh.’ I would like to get that point as an artist.”

He disclosed that he doesn’t think he’s a great singer but believes in his music.

He said “I believe I’m an besura.

I haven’t learned to play the piano however I trust the process and invest my heart in whatever I do.We don’t practice the riyaaz either; we simply say a dua prior to each show and leave it to God.We wish that people be able to enjoy the music we play.”

When asked whether he thought his music was similar to wine, he expressed: “I do not like wine but I think that my music’s more of an iceberg.It is a reflection of our culture and keeps getting more refined with it’s time.”

“I like the experience of recording music more enjoyable than attempting to shoot for it.You can make as many mistakes as they want and rectify them while recording, since no one will be watching.However, in the situation of filming, the tight schedules and the requirement for cinematic perfection creates lots of stress.”

Reminiscing about his youth, he mentioned how he operated a carpet cleaning business because he was not looking to appear in films.

“My father had always wanted me to perform, but the scene were changing drastically.I enjoyed being with musicians more than I did than I ever have.It has always been a blast with musicians.” He also shared how he spent lots of time studying legendary musicians and learning from them.