Dortmund (Germany), Aug 9 : Reinhard Rauball’s long reign as BoRussia Dortmund president will end after 23 years overall as he won’t be seeking another term. 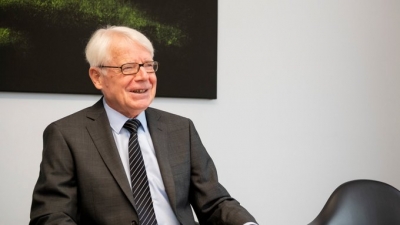 Dortmund said in a statement on Tuesday that the 75-year-old Rauball will propose his deputy, Reinhold Lonow, for election as his successor.

Rauball presided over the club 1979-1982, 1984-1986, and since 2004 when he helped the club avoid insolvency and turned them into a serious rival for Bayern Munich, winning two their eight national titles and three German Cups in that period.

“His willingness to make himself available again for the office of president in the most existential crisis of our club in 2004 formed the basis for everything that has happened at BVB since then.”

Rauball said, “Every minute of my tenure I have been proud to be president of this great club.For 23 years I filled this office with a lot of passion.

“BoRussia Dortmund with all the departments and facets of our club has always been a formative part of my life, it still is and always will be.”