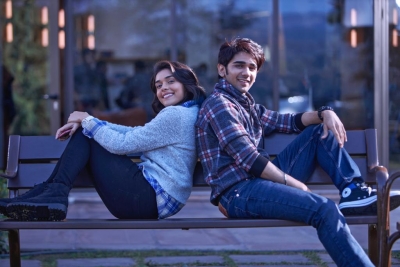 he has been joined by playback vocalist Payal Dev in the background.

In a discussion about the track Himesh stated, “‘Tuk Tuk’ is a tune that will definitely get you moving.

The story of the film needed to be portrayed with two friends who are having fun without any worries in the world, and so the song was designed to convey a Youthful feel.It was a lot of fun writing and singing the song.”

The track came out on Thursday.The track focuses on young love in the story of the film, which features Prit Kamani as well as Eisha Singh.

The music video of the song shows the two leads having fun in the middle of the night in the theme park.The song is Youthful and the jolly attitude it exudes.

The lyrics of the song were written by Shabbir Ahmed.

For Payal the track was an “honour” to collaborate with Himesh in the production.”This film has a Youthful energy and the track reflects this”, Payal said.

The film is with Anubhav Sinha’s Benaras Media Works and Zee Studios.