Bengaluru, Aug 11 : Bandipur Tuskers, who have a mix of talent and experience in their team, begin as favourites when they take on Mandya Bulls in the opening tie of the Grand Prix Badminton League (GPBL) which kicks off at the Karnataka Badminton Association, here from Friday. 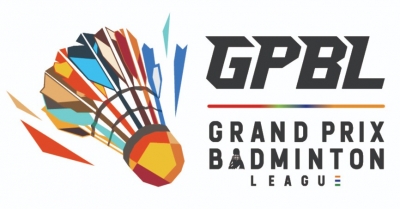 Bandipur have Abhishek Yeligar, who is in hot form with the State championship title he garnered last week and former India No 1 Daniel Farid, who is also a winner of six National ranking tournaments.

While the Tuskers will rely on their singles prowess, Bulls will depend on their doubles players with Sai Pratheek, winner in the doubles and mixed doubles of the State championship last week being in superb form and Ashith Surya who has shown good promise.

The other match of the day is evenly poised with Kodagu Tigers locking horns with Mangalore Sharks.

Kodagu are backed by the in-form the young Rujula Ramu who won the State championship women’s title and finished runner-up in the U-19 last week, and its icon player Saneeth DayAnand who will look to exploit the shares in the singles.Their opponents Mangalore are fronted by their star singles player Raghu Mariswami and doubles specialist Kushal Raj.

The 10-day event features eight teams in a two-tier league format.The teams are divided into two groups of four teams each.

Based on points, the top four teams from both the groups together will qualify for the round-robin knock-out stage.

The two toppers will clash for Rs 24 lakh winners purse on August 21.