By Kumar MihirNew Delhi, Dec 4 : Article 124(2) of the Constitution lays down that “Every Judge of the Supreme Court shall be appointed by the President by warrant under his hand and seal after consultation with such of the Judges of the Supreme Court and of the High Courts in the States as the President may deem necessary for the purpose and shall hold office until he attains the age of sixty five years: Provided that in the case of appointment of a Judge other than the chief Justice, the chief Justice of India shall always be consulted.” 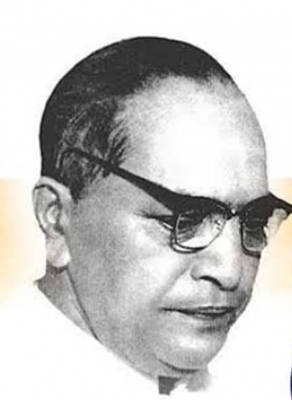 When this Article was being debated in the Constituent Assembly, the phrase “shall always be consulted” was discussed extensively and Dr B.R.Ambedkar had stated: “There can be no difference of opinion in the house that our Judiciary must both be independent of the Executive and must also be competent in itself.The draft article steers middle course.It does not make the President the supreme and absolute authority in the matter of making appointments.

It does not also import the influence of the Legislature.The provision in the Article is that there should be consultation of persons who are ex-hypothesi well-qualified to give proper advice in matters of this sort, and my judgment is that this sort of provision may be regarded as sufficient for the moment.”

In the early years of our republic, there were hardly any controversy regarding the appointment process.Between 1970 and 1980, however, questions regarding independence of our judiciary started to be raised especially in view of regular tussle between the central government and Supreme Court and the flash point came in 1980 on the issue of transfer of judges from one high court to the other, when the Supreme Court in S.P.Gupta vs Union of India (known as the First Judges case) recognised the primacy of the president and also held that the word “consultation” in Article 124 does not mean concurrence.

Justice P.N.Bhagwati however, expressed his dissatisfaction with the then existing ‘mode of appointment of judges in India in which the authority to select judges has exclusively been vested ‘in a single individual’ (the President) whose choice ‘may be incorrect or inadequate’ and ‘may also sometimes be imperceptibly influenced by extraneous or irrelevant considerations.

Therefore, he proposed that there must be a collegium to make recommendation to the President in regard to appointment of a Supreme Court or high court judge.

The recommending authority should be more broad-based and there should be consultation with wider interests.

It was held that the opinion given by the Chief Justice in the consultative process had to be formed taking into account the views of the two senior most judges of the Supreme Court.This would ensure that the opinion of the Chief Justice of India was not merely his individual opinion, but an opinion formed collectively by a body of men at the apex level in the judiciary.

It was also added that the Chief Justice of India is expected to take into account the views of his colleagues in the Supreme Court who are likely to be conversant with the affairs of the concerned high court.

This was followed by a presidential reference in 1998 (Third Judges case) wherein the procedural requirement of the collegium system were laid down and the number of senior-most judges of the Supreme Court as the member of the Collegium was increased from two to four.

In view of all this, the phrase “shall always be consulted” has been judicially held to mean that the consultation shall be as per the recommendations of the Collegium and in terms of Article 141 of the Constitution, the said position remains the law unless the parliament exercises its authority and changes the position.

The constant criticism of the collegium system by higher functionaries in the Government and repeated attempts to somehow throttle the recommendations of the Collegium by delaying the appointments therefore is uncalled- for, especially when the collegium system is what the existing law prescribes.

One of the major grounds on which collegium system is criticised is that the constitution does not provide for collegium at all and it is basically a system of judges appointing judges which cannot be countenanced at all.The critics, however, forget that a number of doctrines and concepts have crept in our constitution subsequently through the judgments of the Supreme Court which was made the final arbiter of the constitution by our founding fathers.

Thus, when the Supreme Court interprets and holds that ” Chief Justice of India shall always be consulted” will mean that instead of one person, a collegium of the Chief Justice and 4 senior most judges shall be consulted and their recommendations shall be given primacy, there is nothing wrong with the same.

Further, the Constituent Assembly itself had debated different modes of appointment in higher judiciary prevalent in different countries and chose to adopt the existing mode being the most suitable as per the conditions prevalent in our country in order to ensure complete separation of power and independence of judiciary.

Any attempt therefore to roll back the system adopted by our founding fathers will have a direct impact on the independence of the judiciary.

Instead of criticising and adopting an adversarial approach, the executive and judiciary will have to work together to ensure adequate and diverse class representation in the collegium system and at the same time make sure that most meritorious and competent advocates are appointed in the higher judiciary on a timely basis.

Both sides will have to understand that this constant tug of war and unrestrained and uncalled-for criticism of the collegium system in this age of social media is only hampering and scandalising the judiciary which is the cornerstone of Rule of Law.

(The author is an advocate-on-record at the Supreme Court)

Govt Must Not Forget Why Ambedkar Let Art 124(2) Be As It Is (Opinion) - Allowed, Ambedkar, Delhi