Panaji, Jan 25 : The Goa government has drawn flak after an ‘order’ of the South District Collector went viral, asking permanent staff to contribute Rs 1,000 towards celebration of the Republic Day programme. 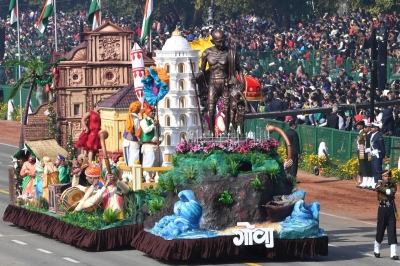 “An event is being organised by Collectorate of South Goa on January 26 at Matanhy Saldanha Administrative Complex ground followed by the Republic Day function.It has been decided to contribute Rs 1,000 each by the permanent staff and officers for making this event a grand success,” the order by South Goa Collector said.

Goa Forward Party MLA Vijai Sardesai has questioned the state government, saying whether it is “contribution or extortion”.

“CONTRIBUTION OR EXTORTION? Has @GovtofGoa gone totally bankrupt to pickpocket government staff to organise a #RepublicDay function? The mega events done to prop up @DrPramodPSawant and his cabinet have drained the treasury, and now government functions have to be funded by contributions!,” Sardesai tweeted.

One staff from South Goa collectorate on condition of anonymity informed that till Tuesday evening his department had not received the order, however may receive it on Wednesday.