Chennai, Aug 11 : The Global Tiger Summit scheduled to be held here from October 17 to 19 by the Tamil Nadu government in association with the Union Government is likely to be rescheduled for April. 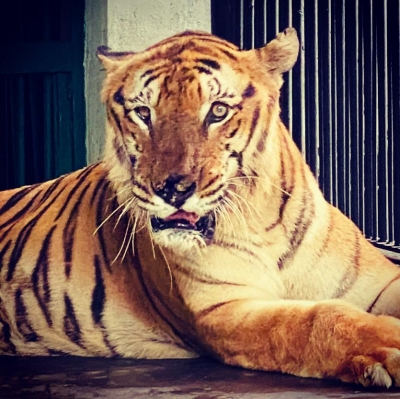 Sources in the Tamil Nadu forest department told IANS that the event is likely to be pushed to April to coincide with the golden Jubilee celebrations of Project Tiger.

Project Tiger commenced in 1973 with the then Prime Minister Indira Gandhi taking initiative for the conservation of tigers in the country 2023 being the 50th year of the landmark conservation movement, Union environment ministry is keen that the Global Tiger Summit and Project Tiger golden jubilee celebrations are held together.

Chief Minister M.K.Stalin had in July announced that the state would host the Global Tiger Summit in October 2022 and preparations were on when recently the Union Ministry for Environment, Forest and Climate Change (MoEF&CC) requested the state to postpone the event.

Sources in the National Tiger Conservation Authority (NTCA) which was another partner for conducting the Global Tiger Summit have also requested the Tamil Nadu government to conduct the international event along with the Project Tiger golden jubilee celebrations in April.

The population of Tigers has increased almost three times in Tamil Nadu.

While the number of Tigers in the forests of Tamil Nadu was 76 in 2006, as per the national Tiger status assessment 2018-19, it was 264, an almost three-time increase.This, according to Tamil Nadu forest department officials was mainly due to the strict vigil for the conservation of Tigers as well as strong patrolling by the forest department of the state to prevent any poaching activities.

The state of Tamil Nadu has ranked second in the Management Effectiveness Evaluation (MEE) score coming behind Kerala.The state at present has five Tiger reserves including the latest one in Sirivilliputhur Megamalai Tiger Reserve.

The other Tiger reserves in Tamil Nadu are Annamalai Tiger Reserve, Kalakad- Mundanthurai, Sathyamangalam and Madumalai.

The Western Ghats landscape comprising Kerala, Karnataka, Tamil Nadu, and Goa has 961 Tigers of the 2967 big cats in the country.