Washington 19th, August 19 : As Chinese Military exercises in Taiwan are becoming the norm Foreign companies are reviewing the risks and benefits of conducting business in Taiwan and ensuring supply chains that go through or around Taiwan, which is a self-governing island China considers to be its territory, media reports stated.Neil Thomas, a senior China analyst at the Eurasia Group, which is a political risk management firm said that the expanded People’s Liberation Army exercises around Taiwan increase the likelihood of the possibility of an accident or mistake that could escalate into a long-lasting standoff, or another type of security-related crisis in the world, VOA reported. 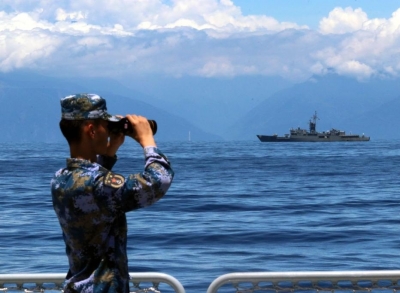 Thomas stated that China’s Military exercise after US House Speaker Nancy Pelosi visited Taiwan increase operational costs for Foreign companies “because they included exclusion zones that required ships and planes in the region to travel longer routes to avoid those zones which slowed supply chains and increasing the cost of trade”, VOA reported.

The Wall Street Journal reported that insurance companies are refusing to from offering new policies to protect Taiwan-related risks in the area of politics.

The Journal quoted an insurance broker who said that they’re not offering policies to new customers “at at least until things calm down a bit”.

Rupert Hammond Chambers, the President of U.S.-Taiwan Business Council, said that if things don’t slow down, the majority of global corporations will reconsider the reasons to make investments in Taiwan.

Dale Buckner, CEO of Global Guardian, a security solutions company based in Virginia said that some of his biggest clients are worried regarding operating in Taiwan.

He suggested that companies begin to evaluate their most important staff in the region as well as their soft and hard assets and whether they have funds held in the Chinese or Taiwanese system.

“I think that if you’re an leader and you’re looking about the future horizon and not just in the next 12-18 months, but also the next decade – you need to think about these issues.I don’t believe that my customers are in fear but I believe they’re taking it very very seriously.

They don’t want to duplicate what’s happened between Russia and Ukraine on a greater magnitude,” he said, VOA reported.