Kabul 15 Aug, Kabul : At around 17 people have been confirmed dead , with scores of homes were destroyed as Flash Floods struck several villages in Shinwari district and surrounding regions in Afghanistan’s Parwan province, a provincial official told reporters on Monday.The Flash Floods that were triggered by torrential rain on Sunday night killed 13 people in Shinwari district, and four other people in the neighboring Siagurd, Xinhua news agency reported the official’s statement. 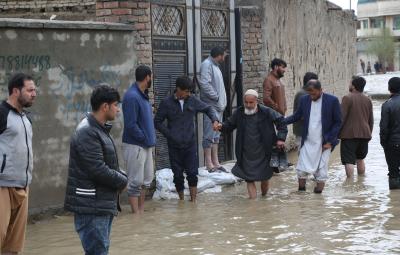 Many more villagers went missing, according to the official.

The exact amount of victims and property damages are still to be established, he added.

Over 200 people were killed and scores of others injured by Floods and torrential rains in Afghanistan in the past months.