Kolkata, Aug 10 : On the eve of Raksha Bandhan, two families — one from West Bengal and the other from Uttar Pradesh — were reunited with missing family members, thanks to the efforts of the West Bengal Radio Club (WBRC), an organisation of ham Radio enthusiasts, who have been carrying out this mission of reuniting people roaming on the streets as vagabonds with their families. 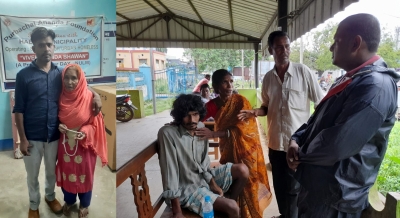 Over the last several years, hundreds of people — including those left behind at the GangaSagar Mela — have been reunited with their families, thanks to the vast network of WBRC.

Even government departments now seek help from these ham Radio Operators to locate families of people languishing in hospitals and shelter homes for years. 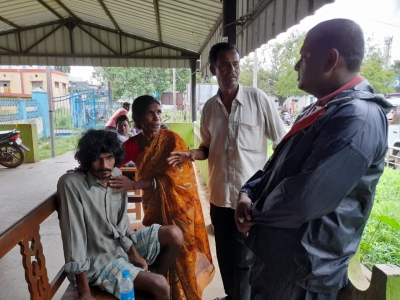 Amateur Radio is a hobby (requiring licence) and hams normally operate within their own network.

However, it was slightly different in the case of WBRC.This organisation has been assigned by both the Central and state governments to provide connectivity during natural disasters or large events like the GangaSagar Mela.

The hams from WBRC also operated during the devastating Nepal earthquake and were among the first to create communication links from the disaster sites.While working at such sites, WBRC members realised that there are thousands of people who are lost and are in need to be reunited with their families.Their service is voluntary.

“For nearly six months now, a youth had taken shelter under a tree next to the railway accounts office at Kharagpur.He had a deep gash on his right leg and survived on whatever food passers-by provided.This was first noticed by our members Subhodip Roy and Joydip Swarnakar.

“The youth was reluctant to speak and it seemed that he suffered from a mental ailment.After I was informed, we activated our network and before long, authorities of the Chandrakona Town police station in East Midnapore reported such a missing person from the SItanagar village.

“The police provided a lot of assistance and the youth’s mother Saswati Samui reached Kharagpur to take back her son.Saswati said that both her sons were mentally challenged and RamKrishna, her elder son, was the one found under the tree.He had been missing for nearly a year now,” said Ambarish Nag Biswas, Secretary, WBRC.

The second case is of a woman found by the police at Habra in the North-24 Parganas district of West Bengal.

The woman knew no Bengali and spoke in a certain dialect.She was kept at a home in Habra and Nag Biswas was informed.

“I spoke to her and using our network, came to know that she may be from western Uttar Pradesh.After some efforts, we located her family in Ghaziabad.Both her sons reached Habra on Wednesday with all necessary documents and took her back home.It’s Rakhi Purnima on Thursday.It is the time for reunification of families.I am happy that a mother has been reunited with her son and a family has got their mother back,” Nag Biswas said.